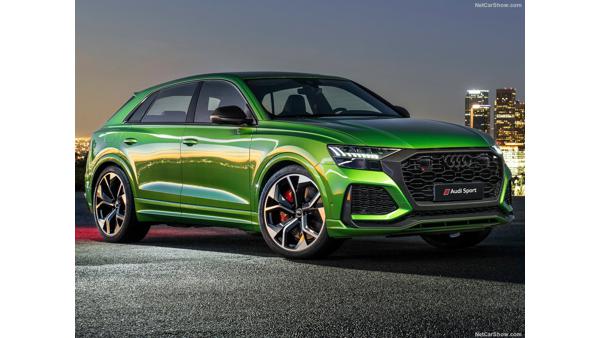 Bookings for the new Audi RS Q8 have commenced ahead of its launch that is expected to take place later this month. The fourth product from Audi India to be launched in the country this year, the Audi RS Q8 will also be the second RS model from the company after the debut of the RS7 last month. Customers can book the model at any of the brand’s authorised dealerships or on the official website for an amount of Rs 15 lakh.

Commenting on the announcement, Balbir Singh Dhillon, Head of Audi India, said, “Our fourth product launch for this year, the Audi RS Q8 is an epitome of performance and aggressive styling. With its twin-turbo V8 petrol engine, the Audi RS Q8 combines the power of an RS model with the elegance of a premium coupe and the flexibility of an SUV. We are seeing a great response to the Audi Q8, an SUV that we launched earlier this year; this prompted us to bring the Audi RS Q8 to India at the earliest. These are exciting times for Audi India with our cars roaring into India in rapid succession. This will be our fifth product launch in a span of 10 months and I am happy to say that this won’t be the only Q model launch in the next few months.”

Under the hood of the Audi RS Q8 will be a 4.0-litre twin-turbo V8 engine producing 600bhp and 800Nm of torque. This motor, which is paired to an eight speed automatic transmission, enables the model to sprint from 0-100kmph in 3.8 seconds. Also on offer will be Audi’s signature Quattro all-wheel-drive system.