Audi India to launch the new Q5 on 18 January Audi will launch the second-generation Q5 SUV on January 18, 2018 in India. A test mule of this upcoming SUV was spotted earlier this month at a dealer yard in Pune suggesting that its launch was on the cards. 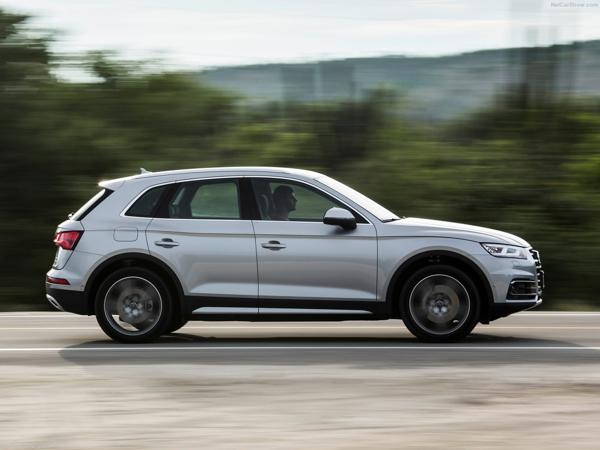 This is the second-generation of the Audi Q5, which premiered at the 2016 Paris Motor Show. Based on the MLB evo platform, the SUV in its latest iteration gets refreshed looks and updated interiors too. Up front, Audi's large, single frame hexagonal grille is evident with new LED headlights that appear to merge into this grille. While the SUV now gets a prominent crease along the sides and a coupe-like roofline, the rear sports restyled LED tail lamps and a new bumper with integrated quad exhaust tips.

The cabin is expected to get a mildly redesigned dashboard with a three-spoke steering wheel. Then, there will be Audi’s Virtual Cockpit that will replace the conventional dials with a 12.3-inch TFT display. Furthermore, the centre console will house a floating touchscreen infotainment screen and a touch pad interface.

Audi hasn't confirmed the engine specs yet, but we expect the Q5 to get an updated 2.0-litre four-cylinder diesel mill. This will come mated to seven-speed S-tronic gearbox and Quattro all-wheel drive.

The new Q5 will be Audi's first launch of 2018 in the Indian market. The variant-wise prices will be announced in the third week of January, which we expect to begin at Rs 50 lakhs. Upon launch, the Audi Q5 will compete with the Mercedes-Benz GLC, BMW X3, Land Rover Discovery Sport and the newly launched Volvo XC60 as well. Three most prominent updates on the 2019 Jeep Cherokee