Audi A8L to be launched in India in February 2020 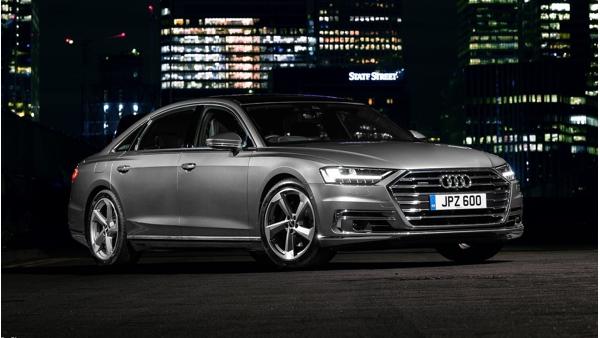 Audi India will launch the A8L in February 2020. The company will also be launching the Q8 flagship SUV on 15 January 2020.

The flagship sedan from Audi, the new A8L will arrive in the LWB form and rival against the likes of the Mercedes-Benz S-Class, Jaguar XJ L and the BMW 7 Series. Bookings for the model have already commenced for the model which is expected to be assembled at the company’s facility in Aurangabad.

Based on the Volkswagen Group’s MLB Evo platform, the new Audi A8L measures 5,302mm in length, 1,945mm in width and 1,488mm in height while the wheelbase stands at 3,128mm. Feature highlights of the new A8L include LED matrix headlamps, Audi’s virtual cockpit, 10.1-inch touchscreen infotainment system, climate control and various massage functions. Also on offer could be Level 3 autonomous technology.