Audi A4 Quick Lift introduced in India at Rs 42.00 lakhs 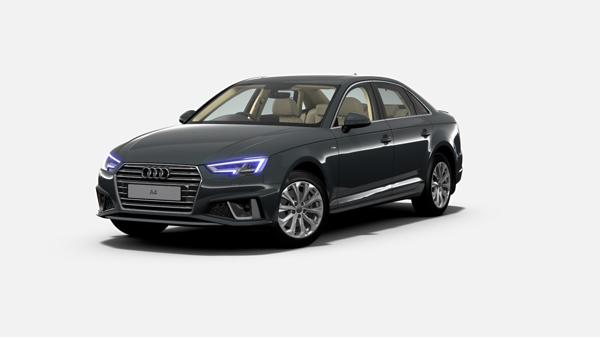 Audi India has launched the A4 Quick Lift variant in India in two trims – Premium Plus and Technology, for an ex-showroom price of Rs 41.49 lakhs and Rs 45.55 lakhs, respectively. The new variant is essentially the facelift version and a similar update is expected to be offered in other variants as well. The new Audi A4 Quick Lift, also known as the A4 QL, is currently limited to a petrol engine option and the company is in the process of evaluating its diesel strategy for BS-VI.

The newly launched Audi A4 QL has received a fresh set of cosmetic updates in the form of a new bumper that features hexagonal fog lamps and faux silver inserts around the lamps. The updated version gets tweaked LED headlamps with DRLs that also double up as dynamic turn indicators. The side profile remains identical to its predecessors, except for new 10-spoke 17-inch alloy wheels. As for the interior, the overall design and layout remain identical to the pre-facelift model. The vehicle however gets a new dual tone interior in black & atlas beige, and black & nougat Brown.

Under the hood, the A4 Quick Lift is powered by a 1.4-litre, four-cylinder TFSI engine that generates 148bhp of power and 250Nm of peak torque. The vehicle has a top speed of 210kmph and is capable of sprinting from 0-100kmph in 8.5 seconds. The company claims that the aluminium crankcase has resulted in the engine weighing just over 100 kilograms.