General Motors India plans to launch another small car in India after launching successful car models like Spark and U-VA. The new car is expected to be launched by the end of 2009 and shall be priced under Rs. 4 lakh. The new small car from General Motors India will have 50 percent local content but will be a global model in its product portfolio. 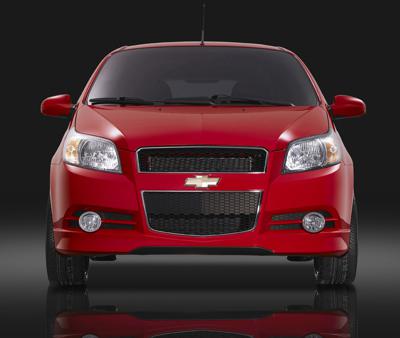 It intends to launch three new products in India this year. It also intends to launch new Chevrolet Cruz in the second half of 2009 which shall be priced in the range of Rs. 12 lakh to Rs 14 lakh. “In 2009, we had planned to launch three products. We’ve already launched the Captiva automatic. The two other cars will be launched in the second half of 2009. We are also looking to rationalise versions under a certain product category,” said GM India vice president (VSSM) Ankush Arora.

GM India is quite serious about its growth plans in India and remains unperturbed by disturbances faced by its parent company back home in the US. “Expenditure for setting up new product lines will be met through internal accruals of GM’s India operations. The new products will be manufactured at our new plant at Talegaon as well as in our old plant at Halol in Gujarat,” Mr Arora said.

All About Nano Bookings, Who Will Gain Out of It?