'Hot Hatchbacks' are performance oriented compact cars that are small in size and incorporate a mean powerful engine under their hoods. As per reports, the biggest market in the world for hot hatchbacks is that of United States, where models like Ford Focus, Acura Integra, Chevrolet Sonic RS and Dodge Caliber SRT-4 have been reported great successes. At present, the United States arm of Suzuki Motor Corp. offers the most affordable hot hatch in the form of SX4 SportBack. 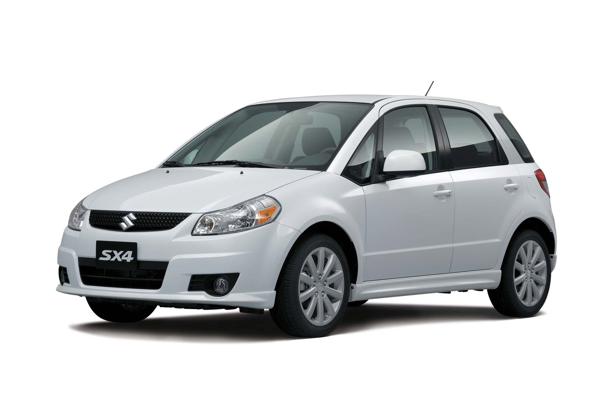 The Suzuki SX4 SportBack is a five seater model and one of the most affordable hot hatchbacks in United States. The stunning model is powered with a 2.0 litre, DOHC, inline 4-cylinder, 16-valve, petrol powertrain with a digital fuel injection system. The 2.0 litre motor churns out an incredible peak power output equation of 148 bhp at 6,000 rpm, along with a highest torque assembly of 190 Nm at 3,500 rpm. The engine assembly of Suzuki SX4 SportBack is mated to a sport tuned Continuously Variable Automatic Transmission system designed for a front wheel drive train.

At present, the sedan version of SX4 is offered to Indian consumers by Maruti Suzuki in the country. One cannot help but imagine the powerful SX4 SportBack scorching local streets, where the idea of a powerful hatchback seems like the next big thing at the moment. Volkswagen Polo 1.6 Highline that generates a power output of over 100 bhp is available in the Indian auto market. Further, premium models like Mercedes-Benz B-Class Sports Tourer and Mini Cooper can be tagged as hot hatchbacks with their output power rated at 122 bhp. Suzuki United States retails its SX4 SportBack at an attractive price of $ 18,349 that converts into somewhere close to Rs. 10 lakhs. It is going to be interesting to see if Maruti Suzuki embarks on a little out of the box thinking and brings a SportBack version of the SX4 saloon at Indian shores.