Honda India seems to have been preparing for the launch of new Jazz hatchback in 2014. It must be noted that the previous version of this hatchback did not performed well because of its heavy price tag and therefore, industry experts are of a view that this time the Japanese auto maker will pay a kind attention towards the same. It is believed that Honda has done all the homework this time around and is planning a comeback with the launch of a refined version. 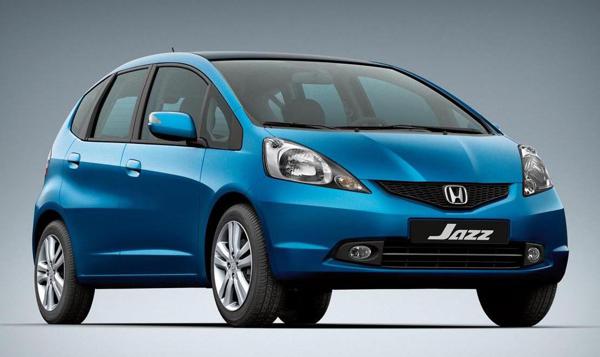 This model will come loaded with an option of two engines, namely a 1.5 litre i-DTEC 'Earth Dreams' diesel and a 1.2 litre petrol. Maintaining almost the same basic proportions (quasi-MPV) of the earlier car, the company has tried to enhance its front look with a sleeker grille, which now sports almost Civic-like headlamps. New bumper is dominated by larger air-vents, which add to the sporty appearance of the front fascia, and on the sides, there is also an eye catching rising beltline that was somehow not present on its erstwhile generation. The LED based headlamps now features new metallic inserts and there are turn indicators on the side mirrors. Cabin of the new Jazz has been well designed, keeping in mind the space and day-to-day usage practicality.

As of now, Honda plans to assemble its upcoming hatchback at the Tapukara site, in order to economically offer its new Jazz to the price sensitive Indian buyers. Interestingly, the designing platform of new Jazz has been sourced from the Honda City, which will be introduced in 2014. Experts believe that this move will automatically keep the cost of both the models in check, a lesson company learnt from the earlier experience.

Speculations about Honda India losing money on the earlier Jazz was due to a less number of models being produced than demanded, which resulted in long waiting periods, making customers unhappy. Additionally, the introduction of new compact sedan Amaze is also cited to be another cause to earlier Jazz's downfall as the company focused its resources towards the new launch.

It will be really exciting to see how the new 2014 Jazz is accepted by the audience and where Honda places it when it will be launched. Sources close to the development process claimed that they have decided to keep the new Jazz in between the Brio hatchback and the Amaze entry level sedan, which is deliberately done to shift favour on Jazz's side.