All New Honda City launched - Everything you need to know 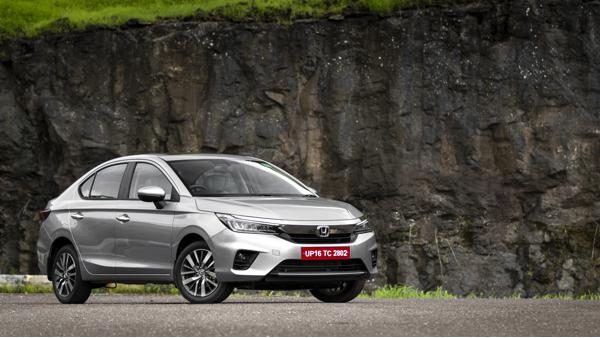 The All New Honda City has been launched in India in three variants – V, VX and ZX. The new model has outgrown in dimensions as compared to its predecessor. The vehicle’s overall length has increased by 109mm and it now measures 4,549mm. The width and height of the car have now increased by 53mm and 6mm measuring 1,748mm and 1,489mm respectively. However, the new model has retained the wheelbase of 2,600mm.

The new Honda City has black and beige interior theme to offer a clutter-free and spacious feel. The instrument panel is made in a horizontal and linear form for improved clarity of car’s sense and direction. Except for the base variant, the other two variants feature seven-inch HD full colour TFT meter, while the eight-inch advanced touchscreen display with Smartphone Connectivity is standard across all variants. The vehicle gets rear AC vents as standard. Exclusive leather upholstery with contemporary seat design is limited to the top-spec ‘ZX’ variant, while leather shift lever knob is available in the ‘ZX’ and the ‘VX’ variants. All variants get leather shift lever boot with stitch as standard along with satin metallic surround finish on all AC vents.

The newly launched Honda City is India’s First Connected Car with Alexa remote capability and allows customers to conveniently interact with their car right from the comfort of their homes. The vehicle is equipped with Next Generation Honda Connect with Telematics Control Unit (TCU) to offer over 32 connected features. Customers can obtain a variety of information such as vehicle position and door lock status from a remote location, along with multiple functions such as auto crash notification and emergency assistance, stolen vehicle tracking, security alert, Geo-Fence alert and many more.