The much awaited Ford EcoSport model finally marked its presence on the Indian turf at an unbelievable starting price of Rs. 5.59 lakh (ex-showroom New Delhi). The stunning compact Sports Utility Vehicle (SUV) has been pitched in a segment that is dominated by Renault, Mahindra & Mahindra and Maruti Suzuki at the moment. Ford EcoSport has its stiffest rival in the form of Renault Duster SUV, which currently is available with prices starting from Rs. 7.99 lakh. This gives EcoSport a clear Rs. 2.4 lakh price advantage over the present segment leader Renault Duster. 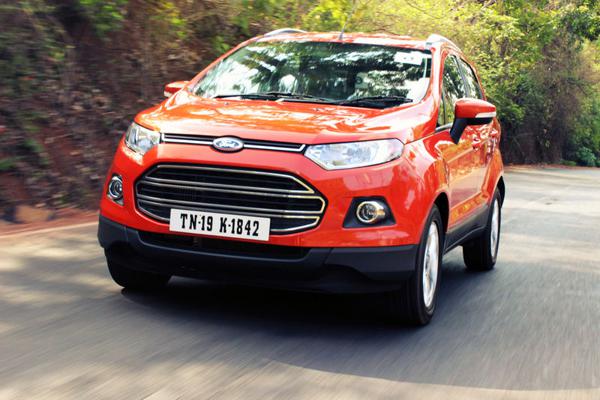 The newly launched Ford EcoSport will also compete against Mahindra Quanto, Premier Rio, Maruti Suzuki Ertiga models in the compact utility vehicle segment. The Duster and Quanto have been contributing the bulk of sales in the compact SUV segment, which makes the rivalry between them and EcoSport really interesting. At present, the Mahindra Quanto range is available with price tags falling in the range between Rs. 5.99 lakh and Rs. 7.75 lakh, whereas Premier Rio starts with retail prices from Rs. 6.30 lakh (ex-showroom New Delhi).

Evidently, the Ford EcoSport is around half a lakh (INR) cheaper than its closest direct rival Quanto in the domestic passenger car market. Visibly confident on the aggressive pricing of the Ford EcoSport, Joginder Singh, President and Managing Director (MD) at Ford India Private Limited, was quoted as saying, “We are offering a very compelling price. It's a game changer product for Ford and the first of the new products coming from 'One Ford' strategy, offering the best of global design and technology to the Indian customers.”