The new A-Class premium hatchback from Mercedes-Benz India has generated tremendous buzz in the automobile community. Originally, the vehicle that was expected to be launched in June, after the onset of monsoons, would now come to India on May 30. The A-Class will be launched in both petrol and diesel guises, unlike the B-Class Tourer, which only had a petrol variant. Interestingly, both engines will be fitted to 7-speed automatic gearboxes. 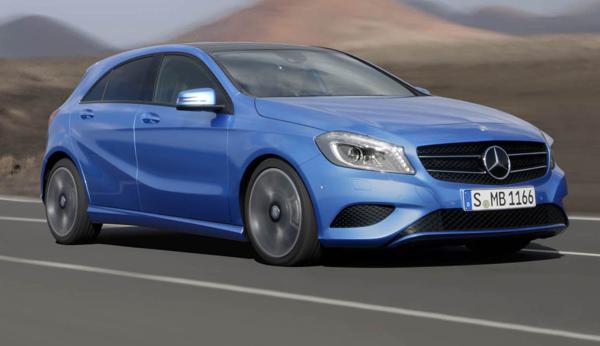 Mercedes-Benz India has already launched a contest in partnership with MTV, called as Pulsate, giving participants a chance to own the A-Class for a year, alongside winning a trip to Ibiza. Judging from the way this advertisement is designed, the car is clearly being targeted towards the young and successful urban dwelling Indian buyers. Individuals need to go to the company website, fill in their details, upload a party picture of theirs, in order to get a chance to win.

The first images of the new A-Class are already visible on the company’s Facebook page. As per industry sources, initially the A-Class range would be available as a Completely Knocked Down (CKD) unit in the country. Two engine options will be available for this vehicle- a 1.6 litre petrol and a 1.8 litre turbo diesel motor.

The rakish profile and the sporty roofline of the A-Class have generated tremendous appeal among many European customers where the premium hatchback has been launched. It has been declared a success there and the same is being expected in India. The car’s front grille draws a lot of attention and so do the uniquely designed headlamps. On the back, a ducted bumper and rear splitter ensure this vehicle looks stunning on the road.

Interiors of the A-Class are just as attractive as the exteriors. Emphasis has been given to sportiness, which is clearly visible on the chrome tipped circular AC vents. The whole dashboard is covered with a carbon fibre weave. The cabin, in general, appears loaded with metallic designs all around. There is a suspended touchscreen on the central console, which provides iPhone and Bluetooth connectivity. In addition, there is good amount of headroom, despite the car’s low roofline.

Experts feel that the most attractive feature of yet-to-be launched Mercedes-Benz A-Class would be its price. This would be the least expensive Mercedes vehicle ever, expected to be priced upwards of Rs.19 lakh. It has the potential to become a status symbol that can be owned by many individual, owing to its affordable pricing.