The soon-to-be-launched Nissan Terra SUV has been spied in China. It is a SUV based on the Navrra pickup truck and will be their competitior in the D+segment. 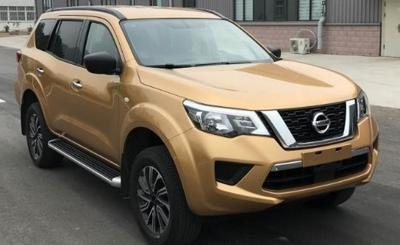 The pictures reveal that while the overall elements have been carried over from the pickup truck, the grille has been changed to help separate both the vehicles from each other. This will be a seven-seat SUV and is expected to be the cheapest seven-seater SUV that the automaker will have in its line-up once it is launched.

In the photos is a China spec model which is expected to be powered by a 2.5-litre four-cylinder motor that produces 180bhp/251Nm of torque in this 4WD form. Transmission options are expected to include a six-speed manual/seven-speed AT.

The SUV will debut at the 2018 Beijing Motor Show before which its production will begin at Zhengzhou Nissan JV factory. Nissan currently does not have a big SUV in India, but there is potential for such a vehicle here. If they do bring it here, expect diesel power and a rival to the likes of the Toyota Fortuner, Ford Endeavour, Skoda Kodiaq and Isuzu MU-X in India.