Since its initial days in concept form, the Range Rover Velar has been the talk of the town for its visual esthetics. As an acknowledgment of its impressive looks, the Velar has been awarded the 2018 World Car Design of the Year title at the 2018 New York Auto Show. Moreover, the Velar was also one among three cars shortlisted for the coveted title of World Car of the year. However, it conceded it to the Volvo XC60. ­­ 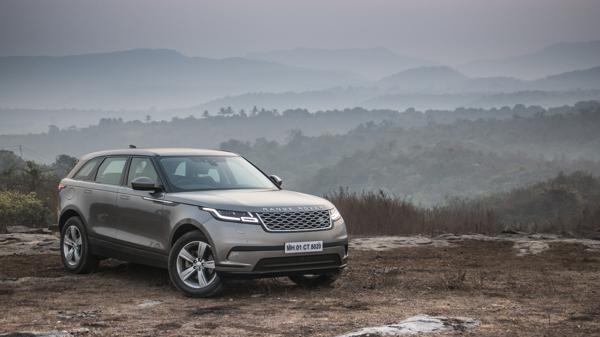 The jury panel at the World Car Award consists of 82 members who represent 24 countries. The jury members are appointed by the World Car Steering Committee. Speaking on the occasion, Prof. Dr Ralf Speth, CEO, Jaguar Land Rover, said, “The Range Rover Velar is an outstanding, superior SUV. Compelling modernity, eye-catching design, innovative Touch Pro Duo infotainment technology and a clear focus on sustainability - what a combination. This product speaks for itself.” He also thanked the Velar team for their passion and commitment.

Adding to it, Gerry McGovern, Chief Design Officer, Land Rover, said, “The continued evolution of our design philosophy is driven by a relentless focus on creating highly desirable vehicles our customers will love for life. The Range Rover Velar brings a new dimension of modernity to the Range Rover family with an abundance of innovative technologies, all making this vehicle a joy to drive and be driven in. We’re honoured that the jury recognised the tireless endeavours of ou­­­r designers and engineers in delivering a vehicle with compelling design, tailored technology and relevant innovation which come together to create a vehicle of instant desirability.”