2018 Lexus LS teased ahead of launch 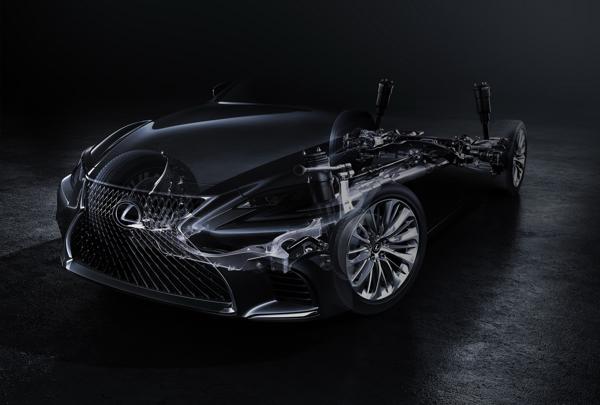 The flagship sedan will be based on Toyota’s all-new platform called the Global Architecture-Luxury (GA-L) which currently underpins the Lexus LC500h. The platform will form a base for the future front engine, rear-wheel drive cars.

The design of the new generation LS is expected to remain true to the LF-LC concept showcased by the Japanese manufacturer at the 2015 Tokyo Motor Show. Apart from the running gear, the teaser shows that the new LS would be wearing the brands familiar ‘spindle grille’ as the front fascia will be reminiscent of the fabulous LF-LC concept.

No further details are revealed by the manufacturer. But speculated to power this flagship is the same engine and gearbox carried forward from the Lexus LC500. So the V6 Hybrid powertrain or the 535bhp V8 petrol units are expected to be powering this luxury sedan. A hydrogen fuel cell powered LS can be expected in the future as well.

The next gen LS will be targeting the BMW 7 Series, Mercedes S-Class and Audi A8, so it will be evenly matched with these luxurious barges in terms of features, safety and luxury. The NAIAS is the perfect venue for the launch of the new LS since the first generation LS was introduced at the same auto show almost 28 years ago and marked the birth of Lexus as a brand. We’ll have to wait for the Detroit debut on the 9th for further details on this car.

The car could make its way to India since Lexus is making its entry as a brand in the country.