Mitsubishi Lancer, a popular name among car enthusiasts stopped sales in the country long time ago. In the international market, the vehicle is due to be discontinued this year. This time around fresh images of the new Lancer have been leaked ahead of its possible launch sometime later. Reports indicate that the new model is likely to be rechristened as the ‘Mitsubishi Grand Lancer’. The new model is expected to be launched in first week of April this year. 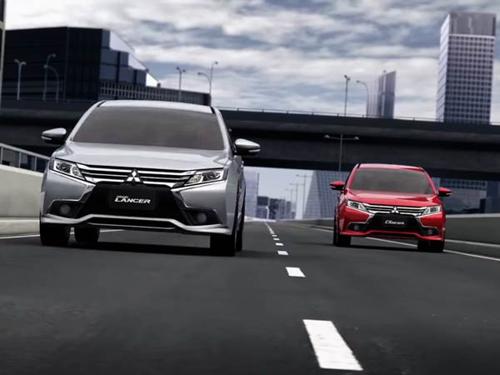 Under the hood, the 2017 Mitsubishi Lancer will be powered by a 1.8-litre MIVEC petrol engine that generates 138bhp and 176Nm of torque. The fairly powerful engine will come mated to a CVT automatic gearbox.  The sedan will be offered with all modern safety equipment such as seven airbags, active stability control (ASC), traction control (TCL), hill-start assist (HSA), emergency stop signal system (ESS) and accident warning system (AWS). 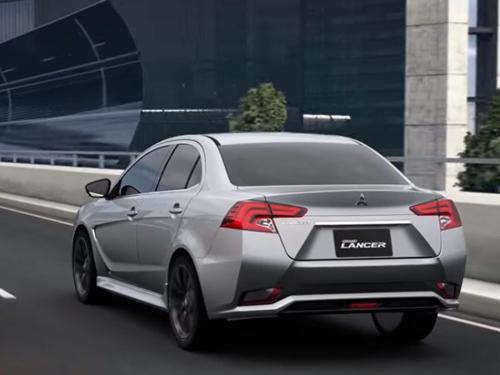 As seen in images, the upcoming model will be based on the X-shaped fascia concept that give it a slightly aggressive look. The rear is expected to get a reversed C-shaped tail lamp that gives it a sportier feel. The sides have neat body lines and for freshness it comes with new alloy wheels. Inside, the vehicle gets 8-inch touchscreen infotainment system, three spoke multifunction steering wheel, 10.2-inch digital instrument panel and reverse parking camera for convenience. The new model might also offer additional cabin space to occupants along with better quality upholstery.

Mitsubishi is unlikely to introduce the new Lancer in India anytime soon. Plans if any, it will be known at a later date. More details about the vehicle will be known post its official unveiling.