With a lot of enthusiasm and expectations, Japanese car maker, Honda is looking forward to launch the new Jazz premium hatchback in the Indian auto market. It must be noted that the model is sold under the name of Honda Fit in the Japanese car market. Notably, the Honda Jazz had a brief stint in India in past, because of its high price which ultimately forced the auto maker to discontinue the model. Although there was no doubt about the performance, efficiency and class of the Honda Jazz, the car's steep price turned out to be its nemesis. 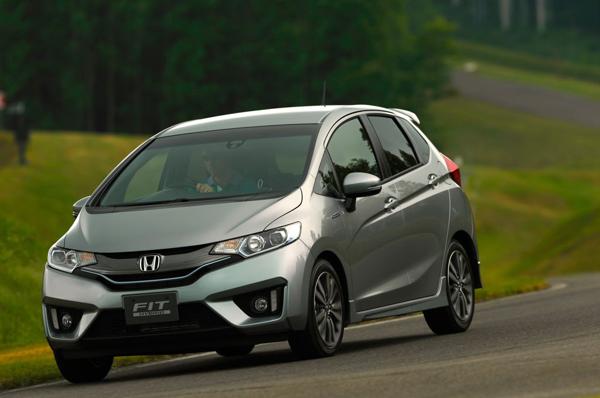 Honda, realising the mistakes it made in judging the mindset of the Indian car buyers, has plans of making a strong comeback by introducing a new version in early 2014. In the recent past, Honda has invested a lot of time and money in the development of new platforms and technologies for producing efficient and affordable vehicles. Sources close to the development process stated that Honda is expected to launch the new Jazz in both, diesel and petrol engine variants.

While the petrol version will be powered by 1.2-litre engine, the diesel version would be fitted with the 1.5-litre i-DTEC Earth Dreams engine. A sleek grille, sporty headlamps and new bumper dominated by huge air-vents are the most prominent features of the appearance of the upcoming Honda Jazz. Honda has also introduced a hybrid variant of the new Honda Jazz, which is powered by 1.5-litre Atkinson cycle engine that is mated to a Sport Hybrid Intelligent Dual Clutch Drive (i-DCD) gearbox. This hybrid guise of the new Honda Jazz has a higher fuel efficiency. However, it is unlikely that this variant will be launched in the Indian auto market.

Industry experts are of a view that the new Honda Jazz will face stiff competition in the premium hatchback segment, which has some of the most popular cars. Hyundai i20 can be considered to be the direct and fiercest competitor of the new Honda Jazz. Hyundai is the country's second largest passenger car maker and its hatchbacks contribute a major percentage of share in the Indian auto market. The other big rival that will compete with the new Honda Jazz is the Volkswagen Polo, which has also been quite successful in the country.

Hyundai i20 comes in three engine variants, namely 1.2-litre Kappa dual VTVT engine (petrol), 1.4-litre Gamma engine (petrol) and 1.4-litre U2 CRDi engine (diesel). On the other hand, the Volkswagen Polo comes in diesel and petrol version, both of which have a capacity of 1.2 litres.

To put things in perspective, Honda's plans to re-enter the premium hatchback segment is expected to be backed by extensive research and learning from the mistakes it had committed last time. Also, auto analysts believe that the premium hatchback segment, despite being crowded by a number of cars, has great scope for a new entrant. However, it remains to be seen whether the Japanese auto maker will be able to give its counterparts a run for their money.

Datsun to keep Nissan&Ocirc;&Ccedil;&Ouml;s retail network for offering its models in India