Suzuki Motors, the well appreciated Japanese auto maker, seems to be working on the launch of a new generation model of Grand Vitara in the Indian auto market. However, it must be noted that the Grand Vitara has not enjoyed much success in the Indian car market due to a number of reasons. Industry experts believe that the Sports Utility Vehicle is too expensive, given the kind of features it offers. Apart from this, the fact that Suzuki does not have any sort of brand value in India as all buyers trust vehicles produced under its collaboration with Maruti, played a role in failure of previous generation Vitara. Also, its performance was not the best, interiors were quite mediocre and the car lacked a diesel variant, thereby leading to an unfavourable response from both critics and consumers. 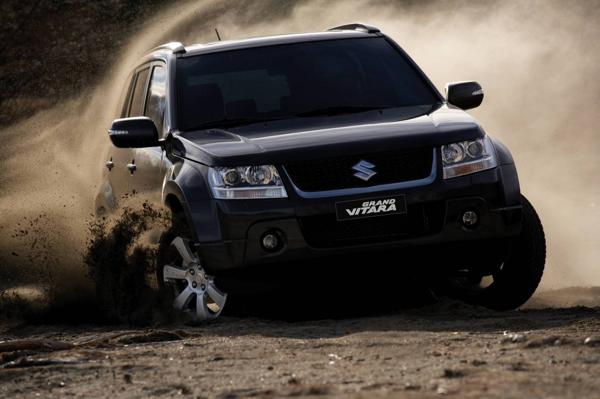 However, the Japanese auto maker has decided to have another go and is planning to reintroduce an upgraded version of the premium Sports Utility Vehicle (SUV). Recently, the Japanese car maker launched an upgraded version of the Grand Vitara in Brazil. It is said that petrol powered cars have a preference in the Brazilian car market, which is one of the reasons why the Grand Vitara has been successful there. Interestingly, Suzuki also held a celebration to commemorate the 25th anniversary of the Grand Vitara nameplate.

According to sources, the Suzuki Grand Vitara has been upgraded in terms of its appearance. Subtle changes have been made to the looks of the new generation model by adding turn indicators to the outer rear view mirrors. The automatic transmission variant of the new model of this premium SUV comes with 18-inch alloy wheels. 2014 Suzuki Grand Vitara features a touchscreen multimedia infotainment system along with the option of GPS in all versions. There are several other technological features in 2014 Suzuki Grand Vitara, such as 6-DIN music player, steering wheel mounted with audio controls, airbags, automatic climate control and Anti-lock Braking System (ABS).

The 2014 Suzuki Grand Vitara, in the Brazilian car market, comes in front-wheel drive and all-wheel drive options. It is fitted with a 2.0-litre petrol powertrain that is capable of generating a maximum power output of 140 bhp. Consumers have two choices in terms of transmission, namely 5-speed manual and 4-speed automatic. The new Suzuki Grand Vitara has a price range from 75490 Reals to 93920 Reals.

No official announcement has been made by the Japanese car maker regarding the launch of the 2014 Suzuki Grand Vitara in the Indian car market. However, industry experts believe that the company might be tempted to introduce the new version in India, given the kind of success it enjoyed in Brazil, a market similar to India in terms of growth potential.