Earlier this year, it was announced that the refreshed Tata Nano would be launched in the market soon. Now, the news is that the refreshed Nano could be launched in the domestic market as early as in June. As per latest reports, there will be several cosmetic changes to make the Nano more appealing to its target audience. Subsequently, more variants of Nano would be available for customers in the coming months, as revealed during the announcement of the company's quarterly results. 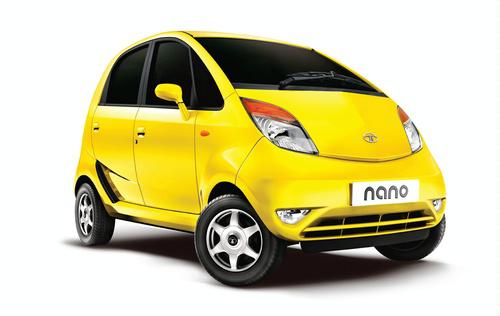 The first variant would be the 2013 refresh, based on which future variants would be launched. Chrome strips will be seen near the bonnet and at the tip of the rear, while the rear bumper will be redesigned. Extra ventilation, in the form of air dams will be installed for better ventilation of the engine. There will also be new wheel covers and the vehicle will be available in a brand new blue colour. Apart from the above, a rear door that can be opened may also be seen on the 2013 refresh, but this has not yet been confirmed.

In addition to cosmetic changes, industry experts believe that the engine of the new vehicle would also be tweaked, as many test mules have been observed across the country. A few changes on the interior could also make it to the new model. Cartrade had earlier mentioned that it would be convenient if the position of the central console is changed in the refreshed Nano. Based on the current sales figures of the vehicle, no increment in prices is expected.

After the 2013 Nano is launched, Tata Motors would look to introduce a CNG model of this vehicle. Moreover, by the end of the current year or by early 2014, the Nano diesel could also be launched in the Indian market. It would be one of the most eagerly awaited launches for the company. As per speculation, this vehicle could get a new 800 cc diesel engine, which would be the smallest diesel unit in the country. Once the refreshed 2013 model is launched, company officials would be busy trying to ensure that the vehicle lives up to expectation and sells in good numbers, unlike the current version. Tata would also like to make sure that the marketing of this vehicle is done in a new and innovative fashion.

Compliance plates needed for refuelling at CNG stations from June 1, 2013