Maruti Suzuki India Limited, the country's largest passenger car maker, has introduced a new facelift model of its mid-size SX4 sedan in the auto market on March 29, 2013. Interestingly, the company has not changed the pricing of reworked SX4, which is still offered to domestic car buyers with price tags starting from Rs. 7.38 lakh that go on till Rs. 9.79 lakh (in the ex-showrooms of New Delhi). The arrival of revamped Maruti Suzuki SX4 was long due, since the demand for car was slowing down recently in the country. 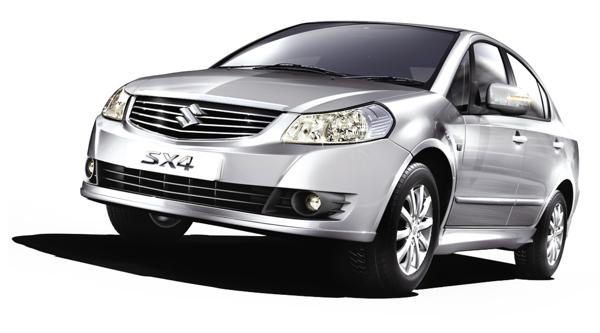 He also added, “In addition, the improved fuel efficiency is sure to delight users of this segment. Powered by two celebrated engines the Super Turbo 1.3 Litre diesel and the 1.6 Litre VVT petrol engine, the car now offers much more to the car connoisseurs in this segment.”

Maruti Suzuki has decided not to change the engines powering the reworked SX4 mid-size sedan, which is still powered by a 1.6 Litre VVT petrol and Super Turbo 1.3 litre diesel motors. The SX4 petrol trim is powered by a 1.6 litre, 1598 cc, 4-cylinder, 16-valve, VVT powertrain that pumps out a peak power output of 103.3bhp at 5600 rpm, along with a highest torque delivery of 145 Nm at 4100 rpm. The diesel version of SX4 mid-size sedan comes fitted with a 1.3 litre, 1248 cc, Super Turbo engine, which churns out maximum power and torque output equations of 88.8 bhp at 4000 rpm and 200 Nm at 1750 rpm, respectively.

Coming to the fuel efficiency figures, the 2013 Maruti Suzuki SX4 model boasts off a 6 per cent improvement in its petrol engine that delivers an impressive mileage of 16.51 kmpl. However, the mid-size sedan's diesel model continues to churn out the same fuel economy of 21.79 kmpl, which is quite good in comparison with the segment.

At present, the 2013 Maruti Suzuki SX4 mid-size sedan competes against the likes of Hyundai Verna Fluidic, Volkswagen Vento, Honda City, Fiat Linea, Nissan Sunny, Renault Scala, Ford Fiesta and Tata Manza Club Class in the Indian auto market. It is going to be interesting to see how the domestic buyers receive the revamped SX4, which has a tremendous onus of helping its maker in achieving a decent market share in the segment. Further, the petrol range of Maruti Suzuki SX4 is priced within Rs. 7.38 to 8.84 lakh, whereas the diesel line up is priced within Rs. 8.27 to 9.79 lakh.

Skoda Octavia RS to be unveiled at Goodwood Festival this July