Maruti Suzuki Celerio has been discontinued in 2021. We are showing the last known price for Celerio.

Check details of the latest Celerio

The convention says that automatic cars are more expensive than their manual counterparts and thus many choose to avoid it. These cars apart from costing more also have higher maintenance costs and lower fuel efficiency. India’s largest car manufacturer Maruti Suzuki decided to refresh this trend.

With the Celerio, Maruti Suzuki has become the first auto maker to introduce automated manual transmission in India. This manual transmission unit functions like an automatic but then is simpler in construction thus helping keep costs in check. It is based on an electronic control unit which drives the precision hydraulic actuator to control the clutch engagement and the gear shifting.

Maruti also states that the Celerio AMT delivers similar mileage as a manual transmission car. In fact, the company surprised all at the Celerio launch by introducing AMT option in LXi and VXi variants only and not on the top of the line ZXi variant. Six month long waiting period and 22000 bookings in 30 days, Celerio seems to have hooked on everyone. We learn more about it in our review.

It is a Maruti Suzuki and not a Hyundai to look very modern and impressive. The Celerio is true to its core brand value and looks decent. Large headlamps and prominent radiator grille dominate the front look. The headlamps with multiple reflectors manage to look modern while the chrome tipped twin slat radiator grille looks attractive. It has an elaborate air intake on the lower section of the bumper and also offers fog lamps.

The side profile might remind you of the A-Star especially the shoulder line and the roofline which are quite reminiscent of the A-Star. It is just the ZXI Optional which gets alloy wheels while rest of the variants get wheel caps which aren’t disappointing. It has a wheelbase of 2425mm and a ground clearance of 165mm. These figures prove that the cabin space is a lot better than earlier and also the ride quality is better considering the ground clearance.

You might confuse the Celerio’s rear with that of Alto 800 and the main influencing factor has to be similarly designed tail lights. The rear tail door has a wide glass section and thus reversing it has no hassles. We had the VXi variant which also came with an integrated spoiler with brake lights affixed on it.

Similar to the exteriors, the interiors too are not very appealing but are purely functional. The Celerio’s interiors however are a big improvement from that of A Star as the plastic quality feels better and the interior trims feel more secure.

Since we sourced the most low on features LXI variant for our interiors bit, we could not get to see the goodies Maruti Suzuki offers on its high end variants. Features like audio and telephony controls mounted on the steering wheel are truly impressive. While LXI and VXI offer basic features, ZXI also gets a music system. Even the ORVMs can be electrically adjusted in the ZXI while the VXI gets manually adjusting mirrors.

It has a spacious cabin and offers great headroom too for taller passengers. The legroom too is impressive for front row and rear row passengers. Spacious cabin has to be the main attraction inside the Celerio’s cabin. All four seats come with an integrated headrest hinting cost cutting measures but then are not evident. Seats are decently cushioned and are ideal for in city traffic.

It has a generous glove box, twin cup holders on the central console as well as provision on door pockets for mundane stowage. Even the boot is a generous 235L which eventually translates into easy luggage storage.

The Celerio does not disappoint when it comes to interiors. It feels in sync to its popular siblings like the Swift and Ritz. The interior trim qualities have gone higher considerably and it also appears to be a well knit package than before.

Powering the Celerio is a 3 cylinder 998cc engine. This sounds similar to the K-Series engine which comes in other Maruti models but then the one in Celerio has been worked on extensively for better mileage and lower NVH levels. It produces a power of 68PS at 6000 rpm and 90Nm of torque at 9500 rpm. The Automated Manual transmission is offered only in LXI and VXI trims whereas ZXI only gets the manual version.

It is the first car in this segment to get an Automated Manual Transmission which has been christened EZ Drive. Functionally it works like an automatic transmission box but under the skin it is manual in construction. In EZ Drive, there is a hydraulic actuator which couples with the electronic control unit and changes gears according to the engine speed when in auto drive mode.

The K-Next engine feels a lot smoother to drive. The automated manual transmission is not as smooth when compared to an automatic box but then the minor jerks are in acceptable limits. It down shifts to higher gears very quickly as the engine speed increases. This is done to reduce the fuel consumption. Maruti claims the Celerio AMT to deliver 23.1Kmpl which is also similar to that of manual variant.

It also comes with an optional manual mode which can be activated by gently sliding the gear stick to the right. Here one can easily down shift or upshift manually by pushing the gear up or down. This mode is useful especially on highways where one needs higher power delivery. The engine can be made to redline before upshifting to the next gear. However, if the engine speeds go down, it automatically senses the need to change gears and downshifts quickly thus avoiding stalling of the vehicle.

The Celerio handles well on highways and even in city traffic. The chunky steering wheel really helps manoeuvring the vehicle throughout. On highways, the steering wheel might feel lighter especially on high speeds. Braking levels are decent too with ventilated discs in front and drums on the rear. LXI gets 155/80 R13 tyres while VXI and higher variants get 165/70 R14 tyres.

Should you consider Maruti Suzuki Celerio? It has been priced at Rs.3,96,607 for the LXI (ESR - Mumbai) and Rs.5,03,816 for the ZXI Optional Package (ESR Mumbai). Just by doing a price comparison, Hyundai i10 comes real close to the Celerio as it is priced between Rs.4,01,231 to Rs.4,80,028. Hyundai i10 might seem more appealing in design to some but then the Celerio takes the lead with Automated Transmission.

The Maruti Suzuki Celerio is not a car which would create lot of excitement with its design but then it is a very functionally practical car. EZ Drive is not just a marketing jargon but indeed very convenient in real time conditions. The Celerio also changes the traditional 'automatic comes at a premium' thinking. It gives mass market consumers a fair shot towards automatic cars which by itself is brilliant.

Convenience of a clutchless drive, low maintenance because of simple construction and high fuel effeciency are the pivotal points for the Celerio. In addition to that it comes from Maruti Suzuki, a brand which knows India like no other car maker. Thus, if you are looking for a convenient hatch with easy and practical approach, the Celerio should be definitely considered.

Find a list of all 30 petrol and 6 CNG versions of Maruti Suzuki Celerio [2017-2021]. This table includes on-road price which covers all costs like RTO and Insurance.

Launched in February 2014, the Celerio has played a pivotal role in strengthening Maruti Suzuki’s position in the entry-level hatchback segment in India. The car has received its mid-life update in 2017 and with a few changes to the exterior and the interior, it has now become a petrol-only car after ditching the 2-cylinder diesel mill.

Its silhouette has all the elements of the small Suzuki hatchback language, but the fascia and the design is completely new. The front design is part of Suzuki’s new design language with a curved mesh grille connecting the headlamps. The headlamp console and the front bumper have been reworked, giving it a modern feel while the chrome strip on the grille gives it a premium look.

Both the shoulder-line and waist-line are bold, but they don’t add much value to this small car. The top-end variant gets a nice set of alloy-wheels. The rear is typical Maruti with the tail lamp cluster similar to that of the bigger siblings. There are multiple horizontal lines here that actually make the car look more compact from this angle.

Inside, the top-spec Celerio gets beige and black upholstery, Bluetooth enabled music system and electric OVRMs. On the safety front, optional features include ABS and dual front airbags. Two passengers can comfortably sit at the back during a long journey, the third passenger won’t have too many issues during short rides.

The Celerio provides ample leg room and knee room for the rear bench, but it is the width that is the main issue. The boot space of 235 litres is actually more than the space available in the Swift or most other hatchbacks in its segment, also the rear seat can be folded, almost doubling the storage space. The Celerio is not a feature-rich car, however, the dealers will offer many company approved accessories. In terms of safety, it now has the driver airbag standard while the passenger airbag can be bought for Rs 15,000 more for every trim.

The petrol Celerio is available in four manual and two AMT variants with both gearboxes mated to a 1.0-litre K10B engine that produces 67bhp and 90Nm torque. The Japanese carmaker is also offering a VXi CNG variant with a manual transmission. The manual is a standard five-speed unit available with all Maruti products in that range. The AMT unit, meanwhile, is a segment first, offering the interface of an AT gearbox on a manual. 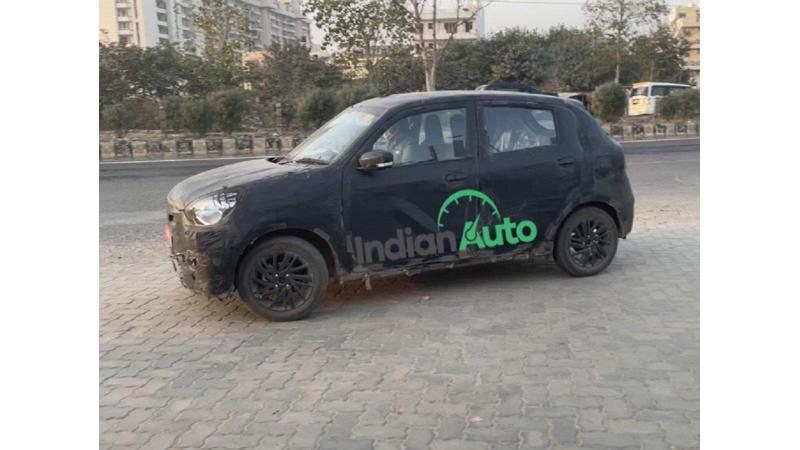 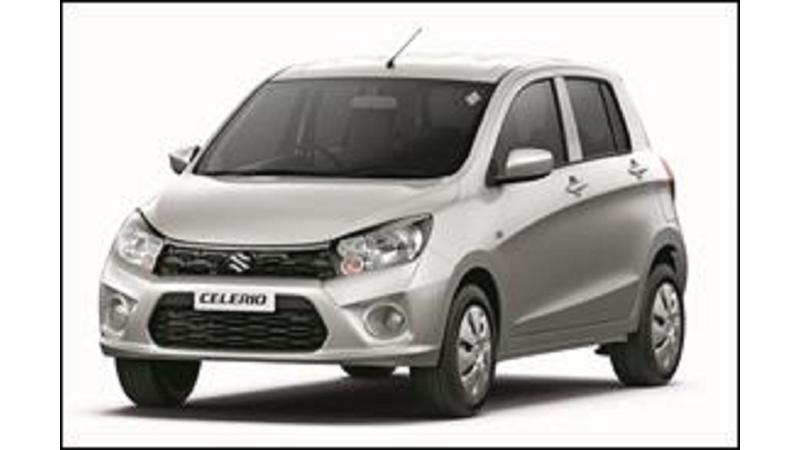 2021 Maruti Suzuki Celerio test mule Maruti has been developing the second generation of the Celerio and is likely to launch it early next year. The spy pictures of the test mule have surfaced