The Honda Brio, a Hatchback from Honda, was launched in India in Oct, 2016. Honda Brio has been discontinued in 2020. We are showing the last known price for Brio.

It is small but spacious, puny but peppy, compact but chic. That was the Honda Brio for you when it made its debut in 2011. Five years down the line, nothing had changed and it is a really long time for a car, especially amongst the hatchbacks, to be left untouched. Of course it aged faster with time. Also, with Honda being able to build limited numbers back then, subsequent new products meant that the previous ones had to play second fiddle.

Nonetheless, Honda finally remembered they still had the Brio and decided to bring it back into contention. So, would a few nips and tucks and a new dashboard prepare the new Brio for a trial by fire? Let’s find out.

Well, it is the same body shell that has been carried over and hence the Brio looks the same. Except for the fascia, though. The Brio gets a brand new bumper which it now shares with the new Amaze. The sculpted bumper with its three part air dam looks sporty and adds a touch of muscle. The BR-V-like thick horizontal slat radiator grille gets black treatment with a chrome lining.

The profile, again, is exactly the same but now the Brio gets turn indicators on the retractable wing mirrors and a new alloy design (only for the top-spec car). The glass tailgate continues and now gets a big spoiler and reworked rear bumper. And yes, the tailgate glass is quite strong and does not shatter unless hit.

You will know why Honda calls this Brio all-new only when you step inside the cabin. The dashboard is all-new and comes from you know where - the Amaze. The all-black dash is busy with silver accents, carbon finish applique, piano black for the centre console and its angular design that focuses on the driver. It looks and feels nice. Even the plastics are better than before but the piano black does look a bit out of place. The handy three-spoke electric power steering has been retained and is tilt adjustable across the range. The Brio VX gets all four power windows and climate control system is standard and along with the max cool function. The infotainment system finally gets Bluetooth connectivity but still loses out on a touch-screen option.

The seats are comfortable, have good ergonomics and the upholstery is not as boring. While the VX gets all black interiors as against the E and S trims which get beige, the new upholstery pattern makes the Brio cabin look premium. Honda claims the 1380mm shoulder room of the Brio is best-in-class, we shall be able to tell you better when we get our detailed road test out. But till then, three full-size adults are a squeeze in the back – a segment standard. The driver seat is height adjustable and the view from the driver seat is largely unhindered. The legroom though is enough for a six-footer to fit in the driver seat ensuring the one sitting behind will have his legs wedged between the seats in spite of the carved out seatbacks. The boot space of 175 litres is not the best in class and the high loading lip coupled with the tiny dimensions renders it almost unusable except for stowing hand baggage.

Being a petrol, there is hardly any noise from the engine which means a quiet ride. At high revs though, the sweet engine notes are audible but the insulation also allows quite a bit of road noise to come in on rough roads. On the safety front, only the top-spec VX comes with dual front airbags and ABS with EBD.

Honda continues to offer the Brio with the tried and tested 1.2-litre four cylinder i-Vtec petrol engine only which develops 87bhp of power and 109Nm of torque and revs freely to its red-line near 6500rpm. The engine has enough bottom end to suffice in city traffic but feels a tad flat over 4000rpm. The five-speed manual gearbox is smooth and feels positive especially with the short gear throws and a light clutch. The gear ratios are spread nicely and the Brio cruises effortlessly at 100 at less than 3000rpm. The Brio also gets a five-speed automatic gearbox for the VX trim.

The Brio is set up on the softer side like all Honda cars and the ride is comfortable but on the jiggly side. It soaks up road bumps quite well, even at speeds but the soft setup does reflect in cornering dynamics where the body roll comes in. The anti-roll bar across the struts in the front does well to damp it down. In terms of dynamics, the steering, being an electric unit, has less feedback but is direct and precise making it easy to manoeuvre in tight traffic. It does weigh up a little at high speeds to provide firmness and stability. The disc brakes up front and the drums in the back work well and the braking has the right bite and progressive feel to it.

Overall, the Brio is a nice package. It retains its USPs like compact dimensions, peppy manners and now looks better as well, making it a good urban commuter. The brand new interior brings it up to date but the equipment is still not at par with the competition. No push-button start, no touch-screen and no parking sensors. On the price front, Honda has done well, keeping it at the lower end of the segment price band amongst Maruti Swift, Hyundai Grand i10 and Tata Bolt. So if you want a fun-to-drive peppy urban commuter and are not fussy about the feature list, the Honda Brio certainly makes a good case for itself.

Find a list of all 5 petrol versions of Honda Brio. This table includes on-road price which covers all costs like RTO and Insurance.

The Honda Brio is the only hatchback in the Honda scheme of things for India. The petite hatch gained popularity after its launch in 2011 for its peppy engine and decent driving dynamics and of course the Honda badge. Moving on, with Honda focussing on newer cars like the Amaze and the City, the Brio moved to the backburner. With the latest update in 2016, Honda has moved its focus back to the small cars.

The Honda Brio competes against the likes of the Maruti Suzuki Swift and Ritz, the Hyundai Grand i10, the Ford Figo and the Tata Bolt amongst the hatchbacks. It still misses out on a diesel engine option, but with the market focus back on petrol cars, the Brio is expected to do well.

Further to this, read Honda Brio Road Test details by our expert.

The front fascia is new with the aggressive three-part bumper design from the Amaze. The thick horizontal slat on the grille is blacked out with a chrome underline. The headlamps though remain untouched. The side profile is exactly the same but comes with new alloys. There were speculations about safety owing to the large glass tailgate but the design has been continued with no reports of any related incidences. The rear bumper does get a nip and a tuck for a fresher look.

On the inside, the dashboard is entirely new and has been sourced from the Amaze. It gets the Honda City-like layout with rectangular vents and a centre console with the infotainment system and air conditioning controls. While the dashboard is black across the trims, the E and S trims get beige interiors while the top-spec VX gets black interior. It still misses out on a touch-screen option for the entertainment system but gets automatic climate control and height adjustable driver seat.

In terms of safety, dual airbags with ABS and EBD is offered only on the VX trim while driver seatbelt reminder warning is offered on all trims.

The peppy 1.2-litre i-Vtec petrol engine continues to power the Honda Brio and develops 89bhp of power and 109Nm of torque. Mated to a five-speed manual gearbox, the engine claims 19.4kmpl ARAI efficiency. The five-speed automatic option is offered only on the top-spec VX trim. While we expected the Brio to get the CVT like the Amaze, the torque converter works quite well.

The 1198 cc Petrol - powered variant delivers a fuel economy of 16 kmpl in city and 18 kmpl on highways.

Honda Brio, a Hatchback, is available from ₹ 4.82 - 6.90 Lakh in India. Honda offers the latest Brio in 5 versions in India. The base model E MT starts at ₹ 4.82 Lakh in Delhi and the top model VX AT priced at ₹ 6.90 Lakh in Delhi. If you are looking for 5 seater car then you should consider Brio. 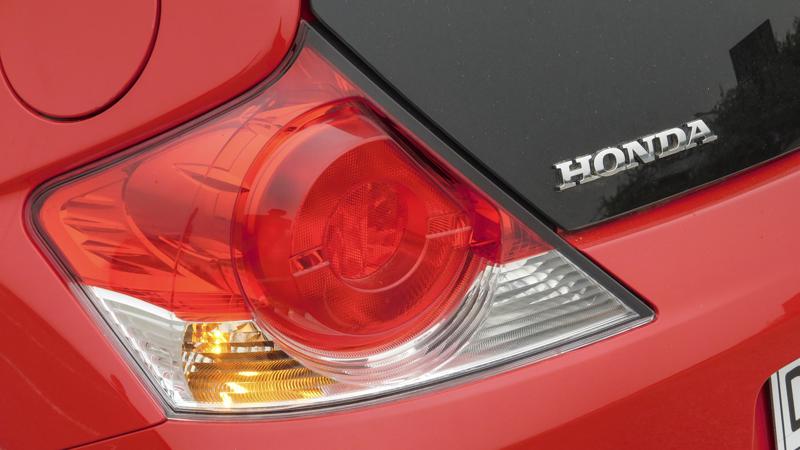 Honda has organised a customer service campaign from January 19-25

Honda has come up with an 'All India Mega Service Camp' starting from January 19 that will go on till January 25. This campaign includes a free check-up camp for their customers that will take place 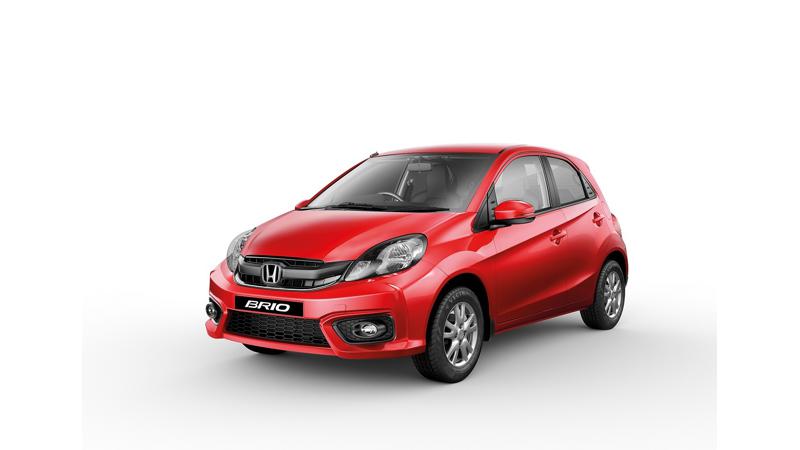 Honda has recently pulled the plug on the Brio that was launched in September 2011. Rightly so, they have introduced its latest model with exterior and interior changes. The petrol only hatchback is 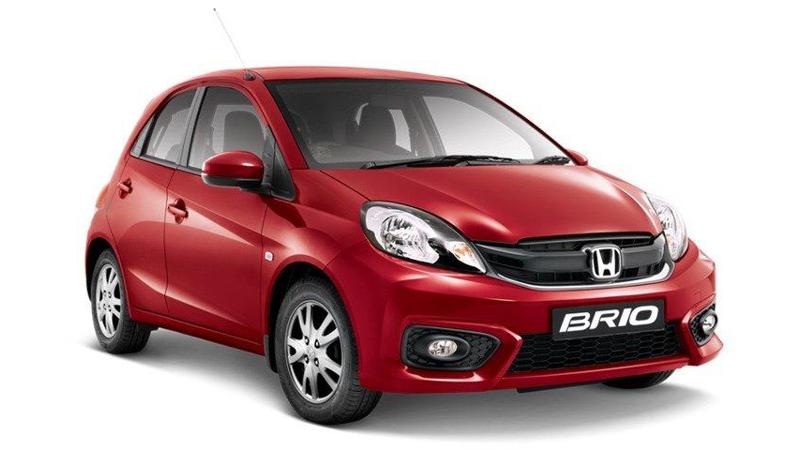 The much-awaited new Honda Brio has been officially launched in India. Featuring refreshed exteriors and all-new interiors, the Brio is now on sale with ex-showroom prices ranging between Rs 4.69

The facelifted Honda Brio was launched in India a couple of days ago at a starting price of Rs 4.69 lakh. The carmaker has come up with a long list of official accessories, the prices of which will

4 changes in the Honda Brio that you should know

Honda has revamped its B-segment hatchback, the Honda Brio. While it is not an entirely new car, there are quite a few changes that makes it feel like one. So we list the top four changes this new