One of the premium mid-size sedans, Volkswagen Vento, got a 2015 facelift which made it look sharper and smarter than before. Unlike Hyundai cars, Volkswagen has always given more weightage to subtle and understated lines which make it look sophisticated compared to its rivals. The grille has got wider and looks premium with chrome finished twin slats running along the width. The front bumper and the bonnet features revised crease lines to make it look bolder than before. 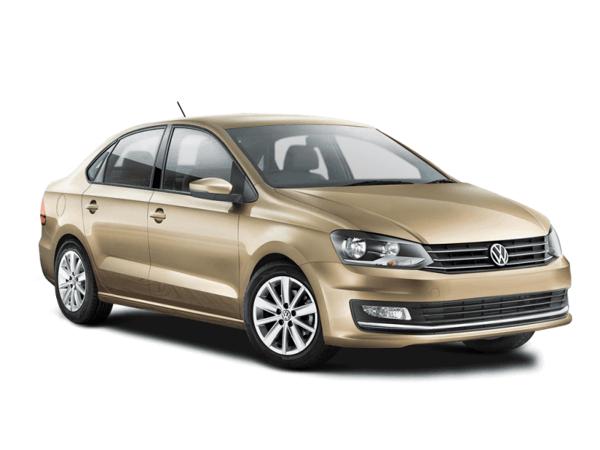 Also, the bumper gets revised outline with a chrome strip pasted on the lower section. It is a blink it and you will miss it change on the side coz the profile merely sports chrome strips along with new set of wheels to make it look distinct but doesn’t create an impression at all. To the rear, Volkswagen has added more chrome on the boot lid as well as on the rear bumper. The tail lights have been updated for the facelift and even the exhaust sports a steel finish.

The Hyundai Verna is perhaps the primary reason for all the manufacturers putting extreme stress on a modern design. It looks very sporty for its class and the Fluidic Design Sculpture has done an amazing job.

Though, we prefer the first generation Fluidic Verna to this as this has got a bit edgy on the overall profile. The last update on the Fluidic Verna was seen as a facelift which tightened its corners and also made the overall profile look smarter than before. Essentially, the headlight cluster was changed along with a revamped radiator grille which got a brand new twin slat design. The front bumpers got new contours and the headlights received a pulled back treatment to make it look better as well as offer brighter illumination. It is only toe front profile that received a major change as the side profile was left untouched. The rear taillight was updated too with an LED like effect and so were the rear reflectors.

The understated feel of the outside is carried over inside too with subtle lines on the dashboard and central console. The two-tone beige and black interiors lend a premium touch and so does the new flat bottom steering wheel which has been carried from the Polo facelift. The cluster has been updated too with a lucid and bright display of the multi information display. This compact screen displays the essentials of driving such as trip readings, distance to empty and gear shift indicator.

The new Volkswagen Vento is not any more comfortable than the previous model as the seats are well cushioned but can be tiresome on long journeys. Even the headroom, leg room and knee room is not as generous as some of its rivals in the segment. It is clearly not the car to be on long distance commutes. While, almost everything inside the new Vento feels upmarket and premium, the dated non-touchscreen unit feels an odd fit.

Hyundai has led the game in terms of features and options and the Verna too endorses the same but the only aspect where the Verna loses its momentum is space and thus is clearly not the one for those looking for grand space in a mid-size sedan. The seats in the Verna are comfortable for short as well as long commutes since Hyundai has updated the padding and cushioning of them. Everything about the seats is fantastic except for the under thigh support which lacks the necessary comfort. Taller passengers will enjoy the space inside the front zone in the Verna as the driver’s seat also gets height adjustment.

The Hyundai Verna offers a plethora of features and options which includes a 1 GB on board memory for storing unimaginable number of songs. In addition, it gets automatic headlights along with rain sensing wipers and push Start/Stop button. To aid driving in tight spots, it also offers rear view camera with park assist.

The diesel motor has a displacement of 1498cc and produces similar power output at 103 bhp at 4400 rpm. This motor, however, offers a superb torque delivery at 250Nm between 1500 rpm to 2500 rpm. This motors comes as standard with a 5-speed manual transmission and delivers an efficiency of 20.64 km/l. In addition, it is also offered with a seven-speed DSG box with a mileage of 21.50 km/l.

The TSI petrol motor is purely for the enthusiasts who like the rush of power at smaller dashes inside a city. It is extremely well spirited and it at ease no matter in city or on highways. The diesel motor displays similar confidence and the 250 Nm of torque acts as an aiding tool on highways. Just push the throttle a bit and the motor churns out great deal of performance to take on city commute as well as highway traffic.

Hyundai Verna also leads the segment when it comes to offering multiple engine and transmission options. There are precisely two petrol and two diesel engines with an optional choice of automatic transmission in both fuel types. The 1.4-litre Gamma VTVT petrol engine makes 105 bhp of power at 6300 rpm and 138 Nm of torque at 5000 rpm. The higher displacement 1.6-litre Gamma motor delivers a higher output of 122 bhp at 6300 rpm and 158 Nm of torque at 4200 rpm. Both these engines are offered with a 5-Speed manual transmission.

The larger petrol motor, with its virtue of producing greater numbers, is suited for both highways and city traffic conditions. Though, the motor offers a lot, it still does not match up to the iVTEC which comes in the Honda City. The motor has been greatly refined to make sure there is no unnecessary grunt experienced while the motor revs at higher speeds. The NVH levels too have been worked on and no ambience noise seeps inside the cabin making it uncomfortable for the occupants inside. The CRDi motor doing duty on the diesel Verna has gone through a similar improvement with an improved low range response and impressive NVH levels.

If there is any car which sets a benchmark for ride and handling, it has to be the Volkswagen Vento as it displays its prowess with great confidence. The new Vento too carries forward that same tradition. The ride for the rear passengers is softer and Volkswagen has done this as it makes it a lot more comfortable for those who are chauffeur driven.

The steering response is extremely precise and on high speeds, it pays great dividends. The suspension setup too is impressive as it effortlessly soaks up the difference in surfaces. Helping that positive feel is the 7-speed DSG box which has a smooth shift quality and is unarguably the best in the segment.

The Hyundai Verna offers a great deal of convenience and efficiency and this applies to both petrol and diesel motors. With a lighter steering wheel and an impressive lower rpm grunt, this one feels good to drive in city where easy manoeuvrability plays a vital role. Also, aiding this feeling is its compact dimensions compared to that of Maruti Suzuki Ciaz. In the new Hyundai Verna, the suspension setup has been aptly updated to improve the much criticized ride quality. 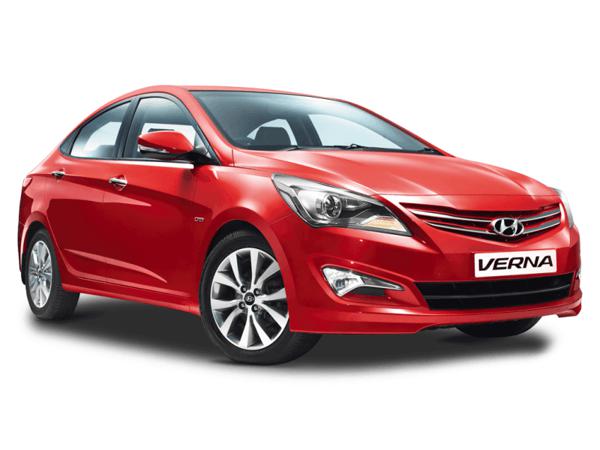 This has paid great dividends while driving over speed breakers where the wheels tended to bottom out but now with the larger travel of suspension, nothing of that sort happens. At high speeds, the confidence level is still not the best in the segment and a lot of that is felt due to the vague steering inputs, However, the ride quality has definitely improved from the previous version as this one feels more stable and planted on highways.

If there is anything that speaks volumes about the Hyundai Verna, it has to be the way it looks and till date not many cars look as zesty in design as the Verna. This is then followed by a long list of exhaustive features, typical Hyundai trait, and here too Hyundai leads the game. It did receive competition from Honda City and Maruti Suzuki Ciaz but still has managed to hold its ground.

Volkswagen Vento Vs Hyundai Verna: The Hyundai Verna looks way more modern and expressive than the Hyundai Verna but doesn’t feel as confident as the Vento on high speeds but the well planted dynamics of the Vento score extremely high in comparison. The Vento is a better value for money package.