The Maruti Suzuki Swift was launched in the international markets in 2000 followed by its India launch in 2005. Swift was responsible for changing the way hatchbacks were seen in India as it brought lot of premiumness in the segment. The success of 800 had already established Maruti’s dominance in the small car scene and the Swift took the legacy ahead. It was a modern car which offered attractive design and appealing interiors. Maruti Suzuki Swift was launched in petrol variant and then a diesel variant made its way. Maruti sourced the diesel engines from Fiat. Bleeding loses, it was time for Tata Motors to get more aggressive than ever and launch a fresh line up of products. The Indian UV maker launched a new programme wherein inputs were taken from its British counterparts at Jaguar Land Rover. Tata Motors launched the highly anticipated Bolt hatchback on January 22, 2015.

It was last year when Maruti Suzuki launched Swift Facelift in India. The changes on the new car compared to the earlier model are very few and cannot be noticed at first glance. The slender grille with a lower positioned air splitter remains constant. It was debated if Maruti Suzuki will introduce Swift facelift with DRLs much like previous generation i20 and Tata Zest. The company resorted to offer only a subtle chrome lining around the fog lamps. The external mirrors can be electrically adjusted. The alloy wheel design has been tinkered too giving a slight novelty over its predecessor. The rear portion has been left intact. 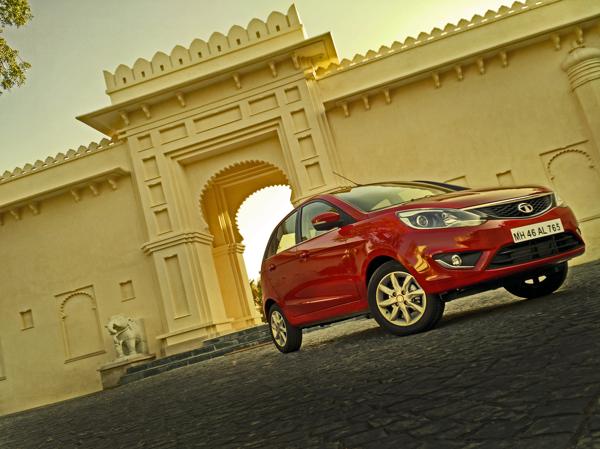 Tata Bolt, though feels an all new product but then the lines and contours are very reminiscent of the Indica Vista, which is a minus. The front face has been tweaked and now features a family radiator grille. The side is unmistakably Vista but the new allow wheels give it a sporty touch. A sporty roof spoiler is an extension to the floating roof. Flame shaped tail lamps break the cliché pattern of squares, circles and rectangles. If you find them attractive in images, you will find them way more attractive in real. The rear design alone scores amazingly in terms of new design. No exaggeration, it reminded me of the earlier generation Cooper.

In terms of passenger comfort, the taller design of Bolt is indeed helpful for easy ingress and egress even for taller passengers. The roof line rises exactly post the front pillar and descends gradually thus leaving generous headroom for all occupants inside. All seats come in high quality fabric. Both row passengers would be in a comfort zone considering the spacious legroom and knee room areas offered.

Inside the Bolt, the Revotron 1.2T is a 1197cc engine, pumping out a power of 90 PS at 5000 rpm and a torque of 140 Nm at 1500 to 4000 rpm. It comes with a 5 speed manual gearbox like the Zest. Tata Motors still remain tight lipped about a possibility of an AMT in the diesel variant but sighting its popularity in the country, it is an obvious choice. The new Maruti Suzuki Swift continues to use the same petrol and diesel engines as earlier. The K-Series Petrol engine with VVT makes 84.3 ps at 6000 rpm and 115 Nm at 4000 rpm while the DDis diesel engine makes 75 ps at 4000 rpm 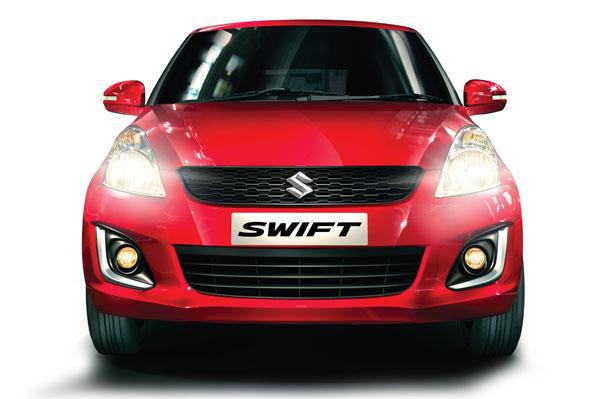 The new changes on the Swift make it a better car on paper but then in real world conditions, they are too less to affect any buying decision. The Tata Bolt looks better than any other Tata hatch sold but then it has to prove itself in the reliability and post sales test as these two aspects of Tata Motors are highly criticised.