With more than a decade of existence in the highly competitive Indian auto industry, Toyota Innova is, unquestionably, the most accepted multi-purpose vehicle. The vehicle is currently the top-selling MPV in the country with most competitors not even close to the numbers it achieves every month. The Skoda Yeti, on the other hand, is a crossover that is known for offer extreme comfort and great drivability. The Yeti received new model in 2014. Only offered in the top-spec Elegance trim in both front wheel and all-wheel drive options, the Yeti is surely a lot more expensive than the Toyota Innova, but both are often compared due to their comfort level.

Here is a brief spec-based comparison between the Yeti and the Innova.

Based on Skoda's new design philosophy, the Yeti features a new grille and more sculpted bumper. The car has new bi-xenon headlamps with integrated daytime running lamps, wide air-dam and new fog lamps. At the rear, the crossover gets aggressive bumpers and new LED tail lamps. Also on offer is a new roof rail design with three different shades- black, silver and white. Talking about the Toyota Innova, the MPV has the same age old silhouette. It features a prominent radiator grille with horizontal slats, large headlamps, flared wheel arches and alloy wheels. The side profile is simple with chrome door handles and new side beadings. At the rear, the MPV has tail-gate mounted spoiler, chrome strip and simple tail lamps. 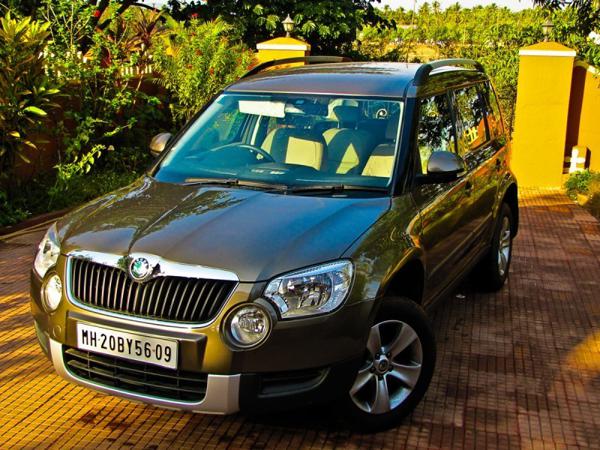 On the inside, the Yeti features new multi-functional steering wheel, tyre pressure monitoring system, cruise control, electronically adjustable driver seat, dual-zone automatic climate control, keyless entry and start, reverse parking camera, captain seats and a 2-DIN touchscreen infotainment. On the other hand, the Innova MPV is the most spacious car in is league. It is a seven seater vehicle and all three-row get their separate air conditioning vents. The MPV is loaded with reverse parking camera, steering mounted controls, captain seats and a 2-DIN touchscreen infotainment. 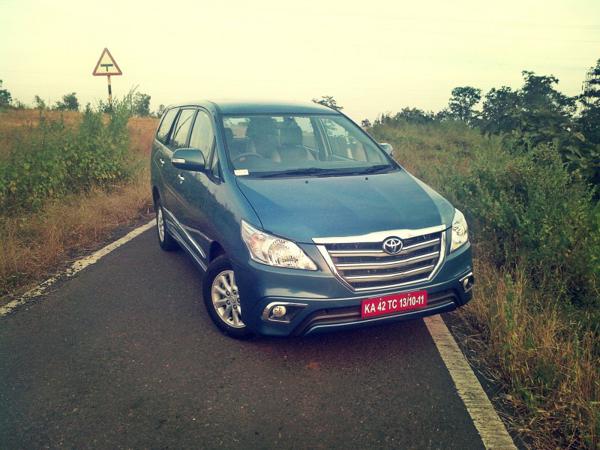 The Skoda Yeti Crossover is propelled by a 2.0-litre TDI engine that offers two states of tunes- 110PS and 140PS. While the former is paired to a five-speed manual gearbox that drives the power to front wheels, the all-wheel drive model features 140PS motor coupled to a six-speed shifter. On the other hand, the Innova gets a 2.5-litre engine producing 102PS of power and 200Nm of torque. Power is transmitted to the rear wheels via a five-speed manual gearbox.

The Toyota Innova MPV is the most spacious car in its league. On the other hand, the Yeti offers a comfortable and feature loaded cabin. Moreover, the Yeti is more powerful compared to the Toyota's MPV.