In order to improve its sales, Tata Motors, the homegrown automaker, launched the Zest compact sedan in the highly competitive compact sedan segment. It is the first all-new car introduced under the company's HORIZONEXT umbrella. The country's most affordable diesel automatic car, the Zest, directly competes against the likes of Maruti Suzuki Swift Dzire, Hyundai Xcent and Honda Amaze. However, the closest competitor for the Zest is the Swift Dzire that is currently the top-selling compact sedan in India. The Dzire, recently, received an update in India, when the company detuned its engine for better fuel efficiency. Moreover, the car also received some minor cosmetic changes and a bunch of new features. Just so you know, the updated model is claimed to return the best mileage (over 26kmpl) in its class.

Overall styling of the Maruti Suzuki Swift Dzire facelift remains unchanged; however, the compact sedan gets minor tweaks to both exteriors and interiors. It gets a refreshed face with new single-chrome grille flanked by smoked headlamps. Other changes include fog lamps with chrome enhancement, newly formulated alloy wheels, revised front and rear bumpers, etc. Inside the cabin, the 2015 Dzire largely remains the same. The vehicle shares most of its additional features from the updated Swift hatchback. It is equipped with engine start-stop button, updated music system with Bluetooth Telephony, reverse parking sensors, rear power socket, electrically adjustable and retractable ORVMs, etc. Also on offer is an updated MID screen on the instrument panel that offers improved information readability. 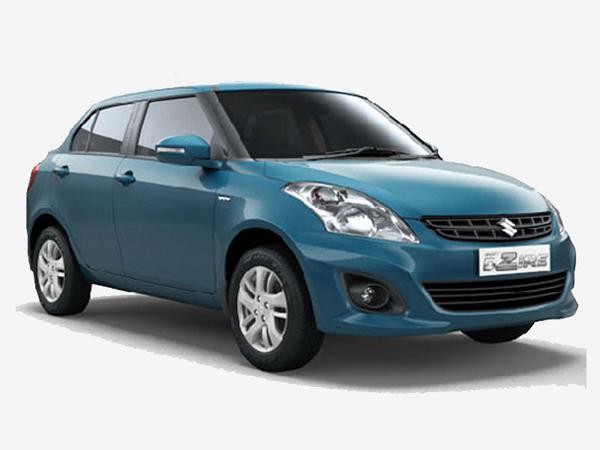 The Tata Zest compact sedan is designed with inputs from Tata' design studios in Pune, Coventry (UK) and Turin (Italy). The front fascia of the car features large chrome grille, projector headlamps, and large bumper with double slat air intake with triangular-shaped fog lamps on both side, and flowing lines on carved out bonnet. The side profile features aerodynamic creases running across the length. Its flared wheel arches have been fitted to 15-inch alloy wheels. The rear end of the car gets wraparound tail lamps, while the boot lid features chrome strip. 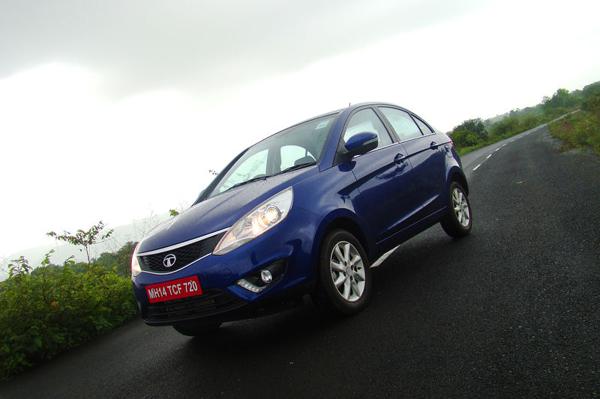 The Tata Zest compact sedan is the country's first ever diesel car to feature automated manual transmission (AMT). The oil burner is the Fiat's 1.3-litre multi-jet engine that offers two states of tunes- 74bhp/109Nm and 89bhp/200Nm. The petrol engine is the newly developed Revotron 1.2-litre turbocharged engine that churns out a maximum power output of 89bhp and a peak torque of 140Nm. This engine also offers multi-drive modes to buyers- Sports, Economy and City.

Maruti Suzuki Swift Dzire and Tata Zest are available in both petrol & diesel fuel options. If you are looking for a fuel efficient car and easy-to-maintain car that's also good to drive, then Swift Dzire could be the right product. In terms of styling, features and fun-to-drive element, the Zest scores higher than the Dzire.