The Dzire has got a cosmetic upgrade, where the new compact sedan gets a new front grille with a thick chrome slat and smoked-out front headlamps. The Dzire’s new look has been given to make it look more premium, which in our opinion isn’t the case as it looks a bit too much of chrome. The side profile of the DZire looks out of proportion as the bonnet feels large and the boot looks smaller in size. This is because the DZire is under 4 metres in length and this reduces the amount of taxes one pays on the sedan. 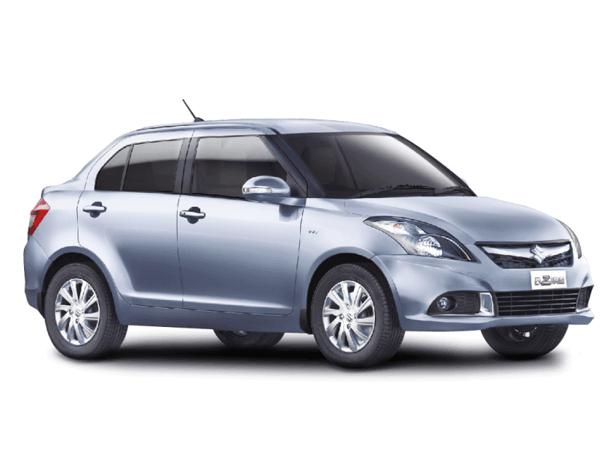 Chevrolet Sail doesn’t have an impressive design language as its rivals instead it features a very plain jane approach for the exteriors. The front is simple with a slender radiator grille and squarish headlamps. The top end trims sport fog lamps with a chrome circle.

To the side, it gets a bulging front followed by a subtle roofline with a short overhang in the rear. The external mirrors can be adjusted electrically from inside. The top end trim also sports body coloured door handles with multi-spoke alloys. The Chevrolet Sail runs on 175/70 R14 tyres with 14 X 5.5J sized alloys. The rear profile too is as simple as the front with minor branding and large tail lamps. It also gets a generous trunk lid.

This is one area where the DZire shines. The interior styling, space and quality and features on offer. The DZire’s interior quality has first-grade plastics and fit and finish. The DZire’s quality and styling of the dashboard has been one of the best in its segment, especially after the new-generation was introduced in 2012. The Dzire has one of the best features in its segment as well, it comes with keyless entry, push start and stop, bluetooth music streaming, rear AC vents and bottle holders too.

The front row seats on the DZire are soft and comfortable. Generally soft seats are good for soft city drives and that is the case with the DZire as well. It is on long highway journeys, where the DZire feels a bit uncomfortable. There is decent support at the back and even the rear seats have decent support too. The thigh support for the rear seats could have been better, as this has even been made for those who are chauffeur driven as well. The boot space on the DZire isn’t the best-in-its class but it is a sub four-metre sedan.

Inside the Chevrolet Sail, the interiors have been revised in the last update to make it feel more premium and plush than before. Instead of the monotone treatment of the earlier offering, the new version makes use of dual-tone beige and black colour combination to make sure the cabin feels more pleasant. Chevy has also enhanced the trims and layouts by offering chrome rings on AC vents and a new darkened steering wheel.

The seats are reasonable comfortably but still not the best when it comes to long distance pleasure. While the cushioning and supporting is adequate, it misses on essentials such as height adjuster which makes it a hurdle for some passengers. The legroom and headroom inside the Sail are also not the best in class but can be lived with.

There are numerous storage options throughout the cabin for cups, articles and other mundane and miscellaneous pieces. It gets an impressive boot space of 370 litres. It does miss out on modern features and gizmos that its closest rivals offer.

Another area where the DZire is very strong. Both the engines, be it the 1.2-litre petrol and the 1.3-litre diesel perform well and are frugal too. The petrol is highly refined and the diesel engine has some amount of clatter on cold starts, which reduces once the engine heats up. The vibrations and the engine harshness are minimal on both these engines. The power delivery too on both are linear, the diesel is where there is a major improvement in power delivery. The company has worked out a way to increase the response in the diesel engine and this makes it a lot more drivable than the previous generation Swift and even most of the other hatchbacks in this segment.

The power is sufficient in diesel at low engine speeds (rpm) to be driven in city traffic, in petrol you need to rev the engine a bit more for better performance. On the highway, both the engines can be driven with comfort and are good cruisers too. Overtaking in city or the highway doesn’t requires you to downshift on most of the occasions.

There is an automatic also available on the petrol, which is a four-speed and comes on the Vxi variant. This is good enough if you need the convenience of an automatic, however

Let us leave the ARAI fuel efficiency figures aside, and Swift DZire is one of the most fuel-efficient petrol and diesel engines. The petrol should return about 12-14 km/l in the city and the diesel between 15-18 km/l, however with the Z variant the efficiency goes down as it has bigger tyres. But the reduction would be a small percentage, which can be neglected.

Chevrolet Sail comes in two engine trims; the diesel makes use of a 1248cc motor which makes 73 bhp of power and 4000 rpm and 190 Nm of torque at 1750 rpm. The motor comes mated with a 5-speed manual transmission. On the other hand, the petrol variants are powered by an 1199cc engine that makes a power output of 82 bhp at 6000 rpm and generates a torque of 108.5 Nm at 5000 rpm. This too, like the diesel, comes with a 5-speed manual transmission. Officially, the diesel delivers 22.1 km/l while the petrol does 18.2 km/l. 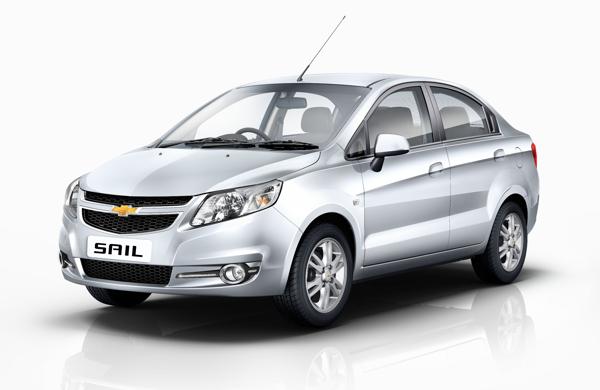 The NVH levels are impressive for both the diesel and petrol engine. The diesel, though has a stronger torque rating, doesn’t clatter like a typical motor and instead has a linear delivery. There is excess cabin sound seeping inside. The petrol unit is a smooth motor and thus doesn’t rumble causing any unpleasant cabin noise.

The smooth nature of the motor makes it an ideal solution for both City and Highway conditions. The engines are complimented by a lighter steering wheel which eases manoeuvrability while driving it around lanes and narrow sections of roads. On highways, the diesel motor is a strong recommend as it has a stronger mid range and top end delivery. Overtaking in the petrol compels you to upshift while a stronger push on the throttle in the diesel makes it considerably easy.

The ride quality of the Swift DZire is pliant and supple. This compact sedan has softer rear suspension for better comfort. For those who will be buying the DZire to be chauffeur driven, they will have a comfortable ride. On bad roads, the ride could feel jittery, especially at high speeds because of soft suspension.

The handling of the DZire is decent. It doesn’t have the alacrity like its European rivals but it does handle well. The steering is light and easy to manoeuvre in congested city lanes. The drivability and the ease of driving in busy city lanes makes DZire a good choice for city driving.

The Sail is well tuned to handle city as well as highway driving conditions. It makes use of McPherson Struts for front suspensions while the rear is equipped with a twist axle setup. Even while turning at higher speeds, there is no body roll whatsoever. It gets passive twin-tube gas filled Shock Absorbers for front and rear. The suspensions and shock-absorbers setup tend to make the vehicle ride smoothly over bad surfaces and undulations. Also, it remains stable at higher speeds. It is only when the intensity of the vehicle entering a pothole is more, the occupants feel the disturbance else the ride quality is highly impressive.

The DZire is a tad expensive than the competition and this makes it an expensive than competition, but what it gets moving for itself is the Maruti badge and its extensive service network and the resale value. The petrol version of the DZire is the best compact sedan if we consider only this engine option. The plush and comfortable interiors do make you happy that you have spent the money on the correct product.

Maruti has an edge over the Chevry Sail, despite smaller boot. The advantages that the Swift DZire possesses are premium-looking interiors, better badge value, largest dealer network in the country and better resale too. The Sail doesn’t match the finesse and quality of materials used by Maruti Suzuki.