Helping Maruti Suzuki break the image of a low cost car maker, the Ciaz marked company’s foray in the premium sedan space with great bang. It officially was a successor of SX4, however, the Ciaz is far more premium and appealing than most other entry level sedans in India. The Indian car maker enjoyed a status of 39.5% in the mid sized sedan space and thus it was time for the company to step in the larger premium sedan market in India. Having proved its worth in domestic market, Hyundai Verna is one of the leading players in the segment with sizeable sales numbers to support the same. Its design was a universal hit among all but still the Verna faced severe criticism for its ride and handling. This issue was addressed in the 2015 iteration.

The Ciaz is the largest sedan compared to its competition as it scores more numbers in width and length. The large headlights with projector lamps are a uniform feature. The wide radiator grille does not command the front face and has unobtrusive vicinity on the front sash. The grille gets braces in chrome which does not look over the top and mixes well. Front guards have balance like segments around the haze lights. Expansive, wide and clearing back headlights with projectors are a standard highlight over all variations. This is noteworthy as overall auto producers by and large decide to completely strip all highlights on the lower generally variation. What we especially preferred about the headlights is the itemizing finished with chrome embeds. 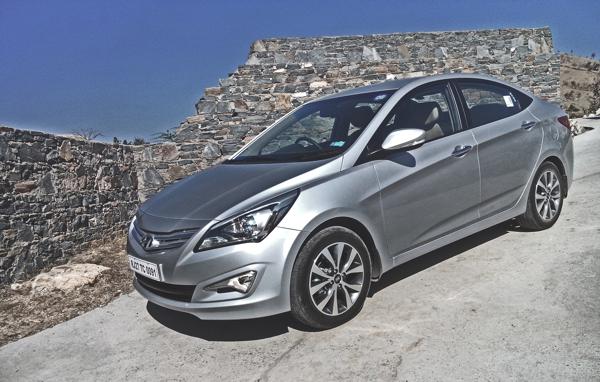 On the Fluidic Verna 4S, the grille has got bigger with a wing moulded twin brace profile. There is another hoisted profile running along the length of the hood. The mist lights now brandish a boomerang shape which again has been carried out to compliment to restless looking headlights. With all these new increments, the front stance looks more extensive than prior. The new Verna gets styling correction regarding more precise lines than prior. The magnificent streaming headlights have cleared a path for a restless outline, which was reviewed with the new era Elite i20. It helps to remember the one seen on the Santa Fe also with the exception of the nonattendance of DRLs. The projector headlights that didn't run well with the prior shape at last fit into this one. 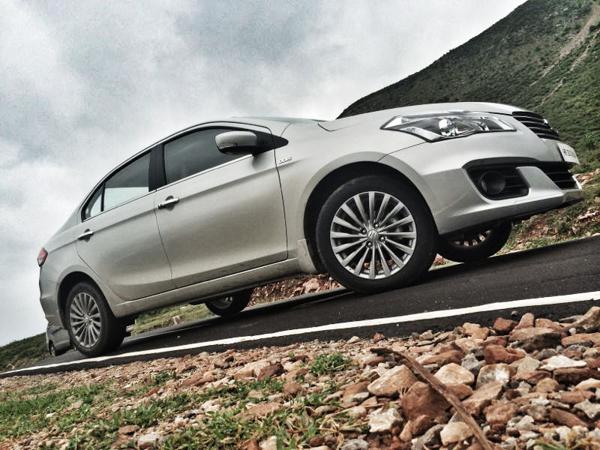 Hyundai Verna has dependably been an in number prescribe regarding a premium attractive car. The facelift has not totally transformed its outline yet the minor changes have made it look more sorted than prior. The generally not insignificant rundown of highlights has got few increments making it at standard with rivalry.

What meets expectations for Maruti Suzuki? They have a brand vicinity spread wide the nation over and to bolster that is their boundless dealership system. There have been numerous faithful Maruti clients and consequently it won't require much push to persuade them. The Ciaz will unquestionably draw in more youthful clients and will be promptly acknowledged by numerous singularly on the premise of it being an amazing bundle.