Maruti Suzuki Celerio’s debut in hatchback segment took competition to a completely new level. Every single feature about it be it power, performance, or pricing has been very strategic and has been giving a tough time to rivals. The success story of this one somewhat closely reminds of the Chevrolet Beat that once turned the tables for Chevrolet in same manner. It continues to live up to its position even now and has been trading in pretty good numbers despite fierce competition. To make things more interesting and buying simpler, we hereby bring you an over-the-top comparison of the two cars where we will see how well the two stand against each other in terms of the most basic parameters.

The Chevrolet Beat gives a close call to Maruti Suzuki Celerio in terms of pricing, power, and performance. Post the Celerio’s release, the Beat also received a mid-life uplift that that solidified its position as a powerful substitute for the former. In terms of design and styling the Chevrolet beat seems to be having an edge over Maruti Suzuki Celerio. The recent upgrades have further refined its looks which seem to be taking over Celerio in a close fashion. The list of cosmetic upgrades for Beat includes new automated headlights, revised front bumper, re-shaped fog lights, bigger bow over front grille, turn indicators integrated with ORVMs, new spoiler, better taillights, revised rear bumper, and higher mounted stop light. The inner end is equally striking with cool blue colored lights, funky steering, digital tachometer, acceptable legroom in rear section, and steering mounted instrument cluster. 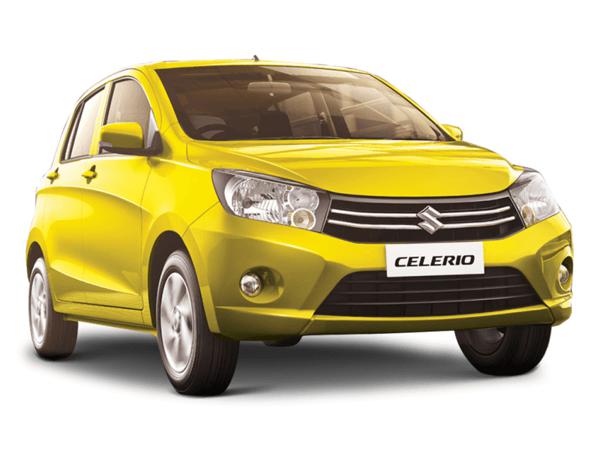 The Maruti Suzuki Celerio, on the other hand, comes with a simple design which looks slightly less appealing as compared to the Beat. The front fascia of the car gets highlighted by a pair of large headlights while the side profile looks prominent with neatly carved character lines. The interiors are slightly more premium as compared to the outer end. They are shaded in black and beige tone. The headroom is impressive given the tall boy platform of the car and also adds to the spaciousness of the cabin. Seats are reasonable comfortable for the price range but if you wish to accommodate three people in rear seat; you might need to squeeze them in.

It is true that mileage has been a prime factor for car sales in Indian market, but people’s perspective seems to be taking a turn now. The inclination towards performance seems to be balancing the need for fuel efficiency gradually.

Maruti Suzuki has blessed the Celerio with a 1.0-litre K-series gasoline engine that churns out power worth 67bhp against a peak torque of 90Nm. It is the very same engine that has been in use for Alto K10. But the more noteworthy feature about the Celerio is its Automated Manual Transmission, a unique feature that gives it an edge over all its competitors. It is basically a manual transmission modified via an automatic clutch. Maruti likes to call this innovative feature as the “EZ Drive”. The diesel version of the same derives energy from a 0.8-litre DDiS oil burner that delivers power worth 47bhp for a torque figure of 125Nm. It claims a fuel efficiency of 27.62kmpl. 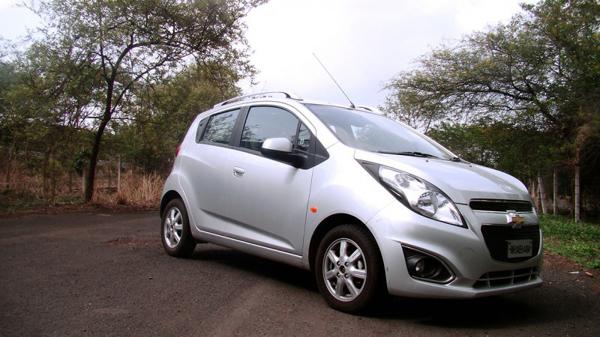 The Chevrolet Beat too gets powered by both petrol and diesel engines. The petrol version of the car has been bestowed with an 1.2-litre Smartech engine that produces 79.4bhp for 108Nm peak torque. Its diesel version, on the contrary, receives energy from a 1.0-litre engine that delivers power worth 57bhp for a maximum torque of 150Nm. It delivers a fuel efficacy of 25.44kmpl.

The Maruti Suzuki Celerio is a good looking car with decent interiors and exteriors. The biggest value point is its maker who has owned the trust of Indian customers from a long long time. Along with it, the Celerio comes with a promise of ample features, convenient ride, very competitive pricing, and heart-winning performance. The Chevrolet Beat , on the other hand, ensures a complete package that caters all kind of expectations a customer may have from the car. Its power, features, designing, as well as styling is striking which is pretty good for wooing buyers.