The Baleno’s liquid flowing design is the new-generation Maruti design language and this is what we will see on the future models too. The Baleno’s front grille is somewhat similar to that of the Swift, however it gets DRLs (daytime running lamps) where there are LEDs, first-in class as the Honda Jazz and the Elite i20 don't get it. The side profile looks good too, with longish bonnet and a sleek roofline that makes the Baleno look long and sporty. 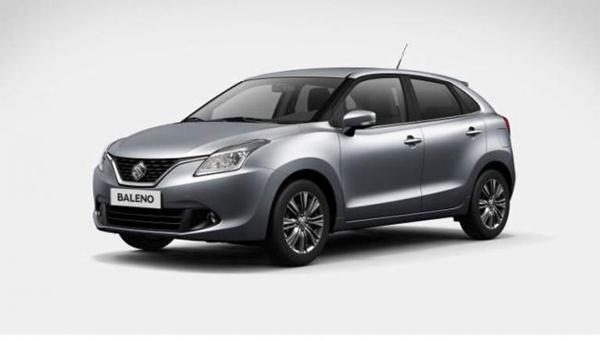 The rear of the Baleno is appealing with the new design of tail lamps. The rear also has some added chrome that makes the Baleno look more premium. The Baleno gets a mix of premiumness and sportiness and this design will be seen on other Maruti premium products too. The tyre size of 185/55R15 makes it perfect for Indian use, though the gap in the wheels suggest a bigger tyre can be fitted.

Fiat’s unique way of styling their cars has always earned them appreciation from enthusiasts as well as brand loyalists. The Punto Evo was a great step from the earlier Punto. The new Punto Evo has a larger trapezoidal grille and to compliment the same, it gets stylish sweep back headlights. There is sufficient use of chrome done on the front profile with well thought housing to hold the brand new fog lamps.

The rear too is inspired by the front profile with sleek LED tail lights and reflector housing. The front styling has been completely changed from the earlier generation model while the rear has been timely updated but the silhouette continues to remain. We believe that the earlier generation Fiat Punto was a more elegant design but the Punto Evo is for them who want a modern looking smart hatchback in the premium range.

The interior styling of the Baleno is a lot more modern and gadgetry loaded than any other Maruti hatchbacks. The Baleno’s fit and finish is good and the feel of the plastics is somewhat similar to that of the Swift. The features on offer on the top-of-the-line variant are keyless entry, push start and stop, touchscreen system with reverse parking camera, bluetooth connectivity, dual airbags and ABS. Then there is also Apple’s CarPlay as well.

The space on the Baleno is good, the front row seats have good back and thigh support and there is enough room for tall people as well. The second row isn’t tight, but then the space on offer is decent even for tall people. The thigh support and back support could have been better on the Baleno for the rear seat passengers. This is no rear AC vent option also, which is offered on the other competition as well. The boot size is large enough for luggage for weekend for four people.

No longer does one feel boring as the new Punto Evo’s interiors are a giant step in the right direction. The premium line of trims and layout is highly impressive. The new instrumental cluster, bright fabrics on the seat and also the piano finished centre console leave a positive impression among its prospective buyers. To make it look distinct from the earlier generation model, the designers used a twin-colour layout for the front dashboard. One more area where Fiat cars have always scored more than its rivals is the cabin comfort. The Punto Evo too scores highly with its well cushioned seats and roomy interiors. Other than the Hyundai Elite i20, it is only the Punto Evo which realistically seats three occupants on its rear passenger space. Apart from aesthetics, the built quality of trims and plastics is solid but that is a given considering it’s a Fiat.

The Punto Evo is not behind its peers when it comes to offering modern day features such as Bluetooth telephony with music pairing, USB, Aux-In and many other options. It also gets steering mounted controls to operate the central system. Similar to the Avventura, the Punto Evo misses on basic features of rear parking camera and sensors.

The Baleno is a premium hatchback above the Swift, so it should have more power than it. But what Maruti has done is made the vehicle a lot lighter than before. The Baleno is about 100 kilograms lighter than the Swift and it retains the same set of powertrains. This makes the Baleno peppy. The 1.2-litre petrol produces 84bhp of power and the diesel is a 1.3-litre with 75bhp. The NVH levels are fairly low on the diesel and the petrol is highly refined.

Drivability is good and one doesn’t need to shift gears very often be it in the city or on the highway. The Baleno has sufficient grunt for highway driving as well. The power it produces is very linear and there isn’t much of a turbo lag on the diesel, which is an added advantage. Overtaking is simpler on the Baleno as one doesn’t have to downshift on most of the occasions. The five-speed manual transmission on the Baleno is a bit notch, though the throws are short.

While the numbers remain highly impressive, it is the real world driving characteristics of the Fiat Punto Evo which makes a world of a difference. The diesel motor, understandably, has too much of lag at initial engine speeds. But once the motor enters mid range, the lag factor diminishes. Aiding the underpowered feeling is the 209Nm of torque which is sufficient not compel to upshift while driving on a hilly road.

The diesel too isn’t too far behind when it comes to low range performance as this one too feels heavy at low speeds. The tacho needle has to be kept in the mid range to make sure the maximum potential of the motor is squeezed out. Also, once the engine closes on to its peak limits, it gets sufficiently audible.

The handling too is good and the chassis is flexible with good ability to turn directions rapidly without loosing any grip or control. The other good bit about the Baleno is its steering feel. Maruti Suzuki has worked on the ride and handling ability of the Baleno and it clearly shows.

The lack of a peppy motor is felt surely but to counter that feeling, the pro levels of ride and handling, as seen on all Fiat cars, is a unique trait. But now there is also the Abarth version of the Punto Evo that makes it a good buy. The Punto Evo too displays superb standards of driving dynamics. One cannot help but notice the confidence of this setup on highways, where the motor really belongs. That said, the feeling isn’t as happy in city driving conditions as the lag of engine response along with heavy steering make it extremely cumbersome. 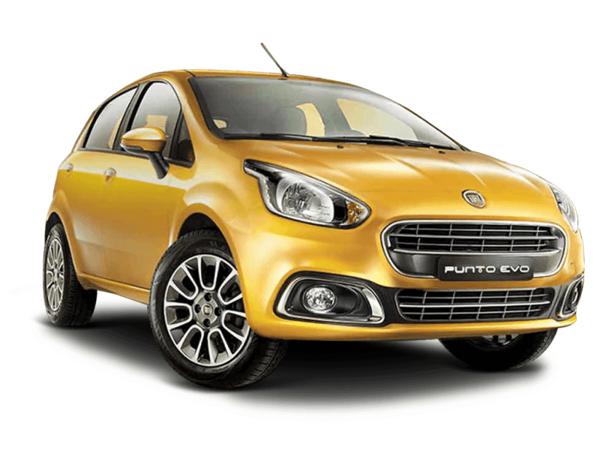 The other aspect of the Fiat Punto Evo that earns brownie points is the tune of front and rear suspensions. Both of them make it extremely easy to drive on rough roads and uneven undulations. The disturbance is not even felt by the occupants sitting inside.

The Baleno is a great value for money product, as it comes loaded with several features offering dual airbags and ABS as a standard feature even on the base variant. Maruti is majorly competing with the Hyundai i20 and the Honda Jazz with this is new model. The quality, space, features, power and the fuel efficiency of all the engines is at par with competition, however the safety features on offer is much better than competition.

Fiat has worked hard to make the Punto Evo feel different and special compared to the earlier generation and it does succeed to some extent but not completely at that. However, we cannot ignore its pros compared to some other options in the premium line of hatchbacks sold in India. Fiat India has not been too aggressive in promoting its products and going by the package, the need doesn’t arise to promote its products as much as it does for better after sales network.

The Baleno is the winner as it has more to offer in terms of features, space and even fuel efficiency. Where the Fiat excels is better chassis strength and power on the Abarth version. But then Maruti has better service network and resale too.