The origin of Nano has many versions but the one which is most popular is that of Mr.Ratan Tata sighting a family of four on a Bajaj scooter where he decided that he will introduce people’s mover at an affordable price. The Nano since then has been through many smooth and rough roads. It is available in petrol versions till date but then a CNG and a diesel version is in the pipeline. The Tata Nano is available at a price range of Rs. 1.59 - Rs. 2.23 lakhs in manual transmissions only.

The Alto 800 proved to be a successful alteration to the iconic Maruti 800 which is still a household name. The Alto 800 doesn’t have looks which can be interpreted as attractive. Instead, it looks disappointing but then if you have a brand like Maruti to backup then nothing is impossible. Even after facing criticism, the Alto 800 sells like rotis in a restaurant. It is available in Rs. 2.63 to Rs. 3.81 lakhs

The Nano has a jelly bean design with its tall design language. Some also claim that the Nano is inspired from SMART series of cars. The company wanted to make a small car but without it being too congested. A design which shouldn’t look compromised. The Nano has a sloping pillar which flows above the roof and falls on the tail in the form of a moon’s crescent. The ultra slim tail lights give the car a smart profile. 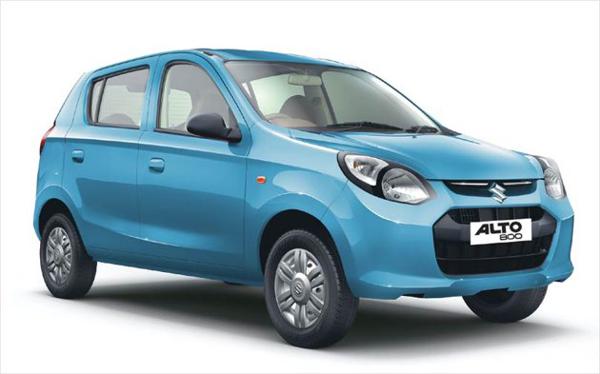 The Alto 800 looks as if the designers submitted their mast minute job to their bosses. It seems copied from other popular selling models like the Figo, i20 etc. It looks tacky and makes the classic 800 make a lot better compares to this. A myth that small budget cars cannot look good was broken by Hyundai when they launched the Eon. The Alto 800 does not impress seen from any corner. Be it the unfinished design language or the weirdly small tyres. This car snatches the crown of being the most disappointing design from Estilo.

The Nano’s interiors have recently gone through an upgrade and now offer features like music system, Bluetooth connectivity etc. It has power windows for the front row seats while the rear does not get them. This is the most spacious micro hatch you will come across. Even the taller passengers cannot possibly crib of any space issue as the Nano is wider, taller and longer then a normal micro hatch. Tatas claim this one to be 20% more spacious than the 800. Figuratively, it may sound less but then in real it is quite a lot.

The Alto 800 may not be as spacious as Tatas offering but then average sized passengers won’t be complaining at all. It manages to offer some basic frills and gizmos which are not engaging for the driver but then connects better with the audience of such cars.

The Alto 800 has a bigger engine as it has a 796cc petrol engine which produces a power output of 48PS at 6000 rpm and a torque of 69Nm at 3500 rpm. It has a 5 speed manual transmission. The Alto 800 claims to be a better handler than its earlier versions but then it misses on the punch. The Alto 800 doesn’t perform as effective as the earlier Alto K10. This being a small hearted takes tremendous efforts to haul the car and overtake others. 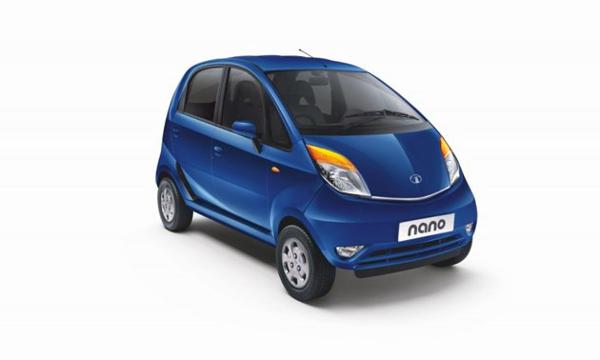 The Tata Nano is equipped with a 624cc two cylinder MPFI engine which produces 38 PS power at 5500 rpm and a torque of 51Nm at 4000 rpm. It has 4 speed manual transmissions. The Nano has a very functional engine and not at all peppy. It has decent handling. The shortage of power that’s felt on long free roads is however compensated in traffic jams. One can take this vehicle through any corner of any dimension possible. So when all the big high performance cars are stuck in jams, the pint sized Nano can take you through the rough tarmac beside the road and envy all.

Tata Nano being cheaper does not make any less than the Maruti Alto 800. With the top-end LX Nano, we can expect two front power windows and an efficient air conditioning system as well as fog lamps, which surprisingly are not available in the Maruti Alto STD. In terms of space, Maruti Alto 800 is the favourite, with ample space to carry four individuals easily (five at a squeeze) and luggage carrying volume of close to 170 litres compared to 80 litres of Nano. That said, the Nano has as much head room and leg room as the Alto for all the four passengers, which makes it unexpectedly spacious.