The Maruti Alto 800’s design has been made by the company’s Indian design team and the Japanese team. The Alto 800’s front is sleek, with pulled back headlamps. The hood is crowned and the fascia might not look appealing to many. Its small and the side profile looks a bit odd with the boxy looking silhouette and a bit of round-ish bonnet. The Alto 800 gets small window panes and the rear glass has quarter glass as well. 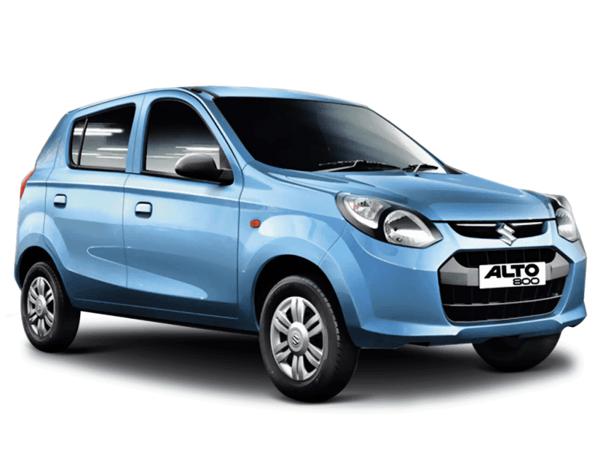 The rear design of the Alto 800 looks similar to that of the A-Star with small glass panel and simple tail lamp design too. The tyre size is also a bit small as the Alto 800 comes shod with 145/80R12. This could be a bit larger and wider for better road grip. The tyre is small for better fuel efficiency.

Renault seems to have done its homework well, as the new entry-level hatchback from the automaker looks its part. The first thing you notice about the Kwid is its SUV-like stance with the black body cladding. To add on to it, the high ground clearance of 180mm makes the Kwid look tough and rugged. The front black grille with the diamond logo makes the Kwid look stylish.

The Kwid doesn’t look very fluid like the Eon but a subtle styling as a new car buyer in this segment generally avoids buying flashy stuff. The Kwid’s large wheel arches and the compact tail lamps carry forward the same design theme across the body of this entry-level hatchback. The tyre size of the Kwid is about 155/80R13.

On the inside, the Alto 800 had received an update a while ago and it now gets a new dashboard that makes it look stylish and a good value for its money. The Alto 800’s fit and finish is good, however the quality is just fine. The features on offer in the Alto 800 are front power windows, power steering, air-conditioning and even an in-dash music system as well. There is an optional single airbag on the Alto 800 but this is without ABS.

The front row seats have decent space with decent support. The Alto 800 is good enough for an average weighted Indian. The rear seat has decent space and it also has extra knee room with the cuts in the front seats. The boot is well-sized to carry a couple of mid-sized suitcases.

What Renault has does with the Kwid is revolutionary. There are several segment-first features on the Kwid like the touchscreen system is a standard on the top-of-the-line variant, then there is also satellite navigation on offer on an entry-level hatchback. The fit and finish, quality of the materials is the best in its segment. The materials used on the inside are good in quality and even the fit and finish is the best in its segment. The centre console design is simple and

The space offered on the Kwid is good, be it the front row seats or the rear. There is sufficient head and knee room on offer and the support on the seats is good. There is decent thigh support in the front seats and rear is actually better than competition. What is good is how efficient the Renault engineers have found space in this hatchback. The boot too is the largest in the segment with about 300 litres.

The Alto 800 gets the 796cc three-cylinder engine that has been powering the Indian car industry for over three decades now. This engine has been undergoing upgrades for years to make it pass the emission norms. the NVH levels of this engine are fairly low as the Alto 800 has a highly refined petrol engine.

The Alto 800 might not produce the highest power in its segment, however it is the most drivable of the lot. It doesn’t require too many gear shifts, not many are required in the city. There is sufficient grunt and good amount of torque in this engine to keep it going. The Alto 800 has a five-speed manual transmission and it doesn’t require too many changes even on the highway. It does feel a bit out of steam, especially when you need to overtake. The gearbox too is a bit notch as well. The fuel efficiency of the Alto 800 is about 15.5km/l in city driving.

The Renault Kwid has a 800cc engine that churns about 53bhp of power and 72Nm of maximum torque. This has high levels of refin ght in weight than most of the other engines.

The power delivery of this engine is good enough and the delivery is very linear. This means one doesn’t need to shift gears very often in city traffic, making it very easy to drive. Driving is a breezing however to overtake in city or even on the highway, one needs to downshift. The mileage of the Kwid is about 15km/l in city with ease, however the mileage on the highway is about 17km/l.

The ride of the Alto 800 is a bit choppy, because of small size tyres and a basic set up of the suspension. Driving on bad roads, you do feel the stiff ride as a lot of the bumps aren’t filtered. The ride at low speeds is decent, however it is at higher speeds that gets a bit choppy.

The ride quality of the Kwid is far more superior to the vehicles in its segment. This makes the hatchback a lot better when it comes to the ride quality. This is one hatchback that has ride like that of a segment above it. It filters out the road shocks from bad roads and this makes it easy to drive on. 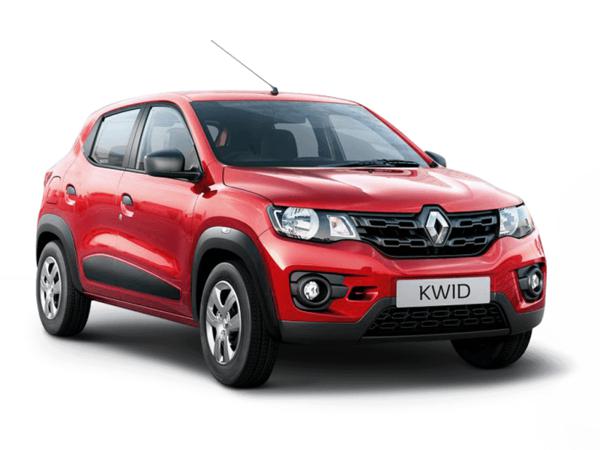 The handling too is as good as any European car making it better than the current competition. The Alto and the Eon certainly need to raise their ante to take it to the next level. The steering wheel is light and easy to drive in city and even in traffic or those narrow lanes.

The Alto 800 isn’t the best value for money package when it comes to the product, but what makes it highly successful is the service network of Maruti Suzuki and the good resale value of the brand. There are better looking hatchbacks with more features than the Alto, but buyers in this segment like to pick a car that is a safe bet and so the Alto 800 becomes the choice for most.

The Renault Kwid is the best value for money hatchback that one can buy, as other cars in this segment are a lot expensive when you consider price vis-a-vis features. Renault has got the perfect recipe for an entry-level hatchback.

Renault Kwid is our pick as it a better value of money package with a lot more features and space than the Alto 800. This is a simple and easy pick of the two.