Buying your first car is a mix of multiple feelings. It has a rational and practical approach and is also influenced by emotional thinking. If you step outside to get your first car, the only two names which you would come across strongly are Maruti Suzuki and Hyundai. Maruti Suzuki has been selling car for so long that almost every house has had one and Hyundai started its innings in India with a budget hatch. The Maruti Suzuki 800 reached an iconic stage as it was the first mainstream hatchback of India. For its times, it was a modern car with bare essentials of features such as wipers and manual windows. This model evolved along the years until finally it received a new generation makeover in the form of Alto 800. 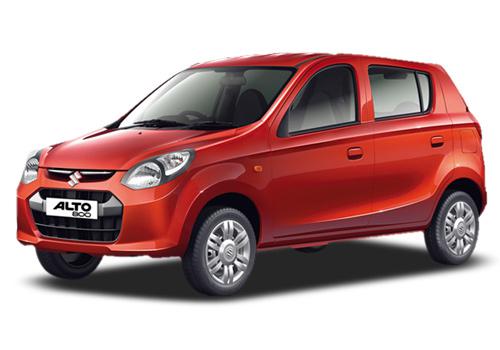 Hyundai has a presence in all the popular segments but before the Eon, its presence in the entry level hatch was missed. Taking it up as an opportunity, Hyundai India made a decision to launch a value for money entry level car without concentrating much on bring out the cheapest offering in India. Hyundai banked on a modern design with premium features followed by a stellar after sales support. Let’s take a brief look on both of these.

The Alto 800 is based on the company’s brand new ‘Wavefront’ design language which has a wavy pattern flowing from the front headlamps to the rear tail lights. The clear lens headlamps which have a petal like shape add a fresh touch and were a suitable replacement to the age old squarish headlights. Instead of making a new design for the side profile, Maruti Suzuki repeated Alto’s design on the 800 with few added bits like a raised roofline.

Hyundai Eon’s design is way better than that of Maruti Suzuki as they made sure the car does not look cheap. They also used their famous Fluidic Structure on the Eon to make it look in line with their more expensive offerings like the Hyundai Elantra and Santa Fe. The static and in motion side profile look impressive and has a wave pattern flowing from front to rear. The Eon looks well designed with neat lines and contours. 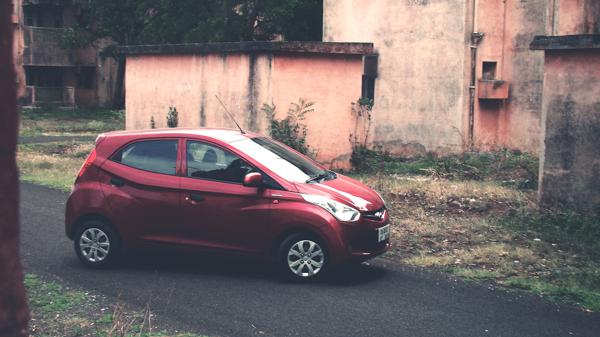 The interiors of Alto 800 are very basic but even then are an improvement over the earlier model with a new dashboard and central console. The cabin feels more spacious and there is also an additional provision for storage which can carry a litre class container. Fabric upholstery is used in the LX and LXI variant while double vinyl upholstery can be seen in basic variant.

Again, the trims and lines of Hyundai Eon do not feel basic and instead offer a well built quality with a plush feel. The Eon doesn’t feel as spacious as a Tata Nano and is therefore not the best car in terms of comfort. It still manages to score more points than the Alto 800. The front row legroom and headroom is decent, however the one in rear is average. The second row would seat two comfortably against three.

Maruti Suzuki Alto 800 makes use of a three cylinder 796cc engine which generates a peak power output of 48PS at 6000 rpm and a torque of 69Nm at 3500 rpm. This petrol only engine comes with a 5-Speed manual transmission with a new kind of cable type gear shift. Hyundai EON is powered by a 3 cylinder SOHC 814cc engine which generates 56 PS of power at 5500 rpm and a torque of 7.6 Kgm at 4000 rpm. It comes with a 5 speed manual gearbox.

The Hyundai Eon scores more in terms of features while the Maruti Suzuki Alto 800 still remains the most popular car with a stronger brand reach. Both cars are good and it finally boils down to individual needs and priorities.