Hyundai Grand i10 Vs Ford Figo

The Ford Figo is seen as the best value for money hatchback available in India. Be it its simple looks or the refined engine, Figo hatchbacks have been very warmly received in the country. Other than bringing down the entry level point for Ford cars, the Figo was also seen as Ford’s answer to the always best selling Swift. Ford also pepped up their dealership network to make sure that the car for masses does not go through any issue. The Figo is available in petrol and diesel variants and is priced between Rs.3,97,599 to Rs. 6,14,599. 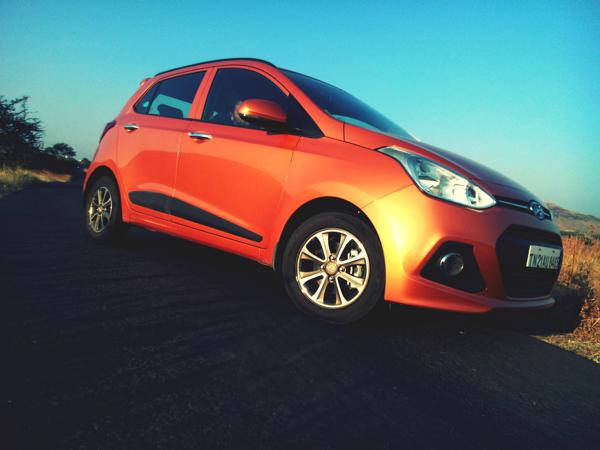 Hyundai Grand i10 was launched recently. This car was doing its camouflaged runs in and around Mumbai and was generating loads of interest. Many people called it the interim i15 which would have fitted between the i10 and the premium i20. Hyundai launched this car and smartly called it the Grand i10. It has features which not only challenges cars of its own segment but also of higher segment. It is available in petrol as well as diesel variants. It also comes in an automatic petrol variant. The Grand i10 is priced between Rs.4,31,953 to Rs. 6,47,255.

The Grand i10 challenges the conventional design of hatchbacks with its fluidic design philosophy. It has got flowing lines which make it look very sporty. Hyundai rightly claims the Grand i10 to be a mix of sporty and trendy design. It has body coloured ORVMs which auto retract when the vehicle is switched off and locked. The stretched headlamp design flows to the side panels. The rear section of the car has to be the best looking of all the hatchbacks available in the Indian market.

The Figo got a minor facelift in 2012 and the changes that were brought in with the new Figo just make it look sharper than earlier. The headlights now flow towards the side with a wrap around effect. The front bumper now incorporates the hexagonal grille which shows its bold design.  Fog lamp design has also been revisited. . Sloping roofline and the rise in the shoulder line gives a nice contrast in design lines. The poster color of the earlier generation Squeeze has been called off and instead the Figo has got two new shades Kinetic Blue and Bright Yellow.

If more for less is the mantra, the Grand i10 has nailed it at the sweet spot of all. Budget hatchbacks cannot offer many features is just a myth when it comes to this Grand offering from Hyundai. The Grand i10 boasts of features like the rear AC vents which many C segment sedans fail to give. The onboard 1GB memory, Smart key with push button start/stop, Steering mounted controls and many more makes the Grand i10 the best hatch India has seen at this price range.

Inside the Figo, the interiors are a mix of Black and Silver. The AC vents are done in sliver grey and so are the bits on the central console. The quality of plastics and buttons feels strong. The Titanium variant comes with an integrated music system. The sound quality offered by the music system is good. To plug in your USB device, it has to be connected via a cable which gets out from the glove box. The user interface of the music system is extremely simple and very user friendly. It also offers speed sensing Volume control option. 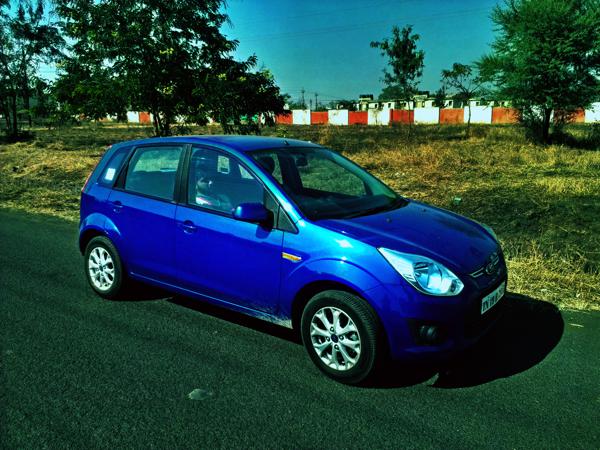 We would recommend the Hyundai Grand i10 very strongly as this car when seen as a complete package is more appealing than the Ford Figo. It is more expensive compared to the Figo but then the difference in price is not very discouraging and still works in the favour of the Grand i10.

The Figo on the other hand may not be very rich in features but then it still scores more in popularity. Ford has sold an amazing number of Figos in the Indian automobile market. Also, Figo customers are often very happy and also claim that this is the best they could have ever bought.

Chevrolet Beat Vs Hyundai i10