Ford EcoSport Vs Nissan Terrano, the comparison sounds a bit odd given the fact that the two SUVs belong to different price brackets of same genre. However, both have proved their worth in terms of meeting buyer’s expectations and giving true value for the money. The Nissan Terrano is a modified version of Renault Duster. The two companies happen to be global partners in sharing engine line-ups and vehicle platforms. Despite sharing its platform with Renault Duster, Terrano is more of a premium SUV that bears Nissan’s signatory features and styling. Ford EcoSport, on the other hand, symbolizes a great technology at most reasonable price. The car revolutionized its segment with most competitive pricing and took away the spotlight from Duster for some time. What more the two have or not have in common let’s find out.

In terms of design and style, the Nissan Terrano takes an edge for its built, engineering, and style. The Ford EcoSport is a compact under 4-meter SUV that has been designed with an aim to serve needs and requirements of family oriented urban lots. The Nissan Terrano, on the other hand, has been designed for all purposes including rough and city roads. Ford EcoSport’s design is much inspired from Ford’s Fiesta hatchback and you would simply love its angular cues and tall-boy body design. Terrano on the other hand is mainly compared with Duster in this respect, it is little more shaper and angular as compared to its predecessor. You can make that out easily from its charming grille and headlights. 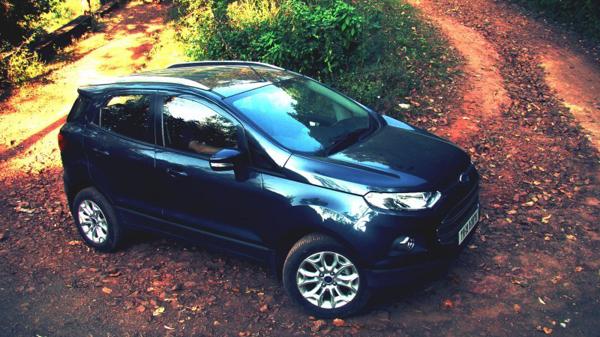 In terms of interiors, the Terrano takes an edge over EcoSport in terms of offering space and comfort. However, in terms of compact SUVs, Ecosport’s cabin has been designed with complete generosity and it offers plenty of space as compared to its contemporaries. The list of comfort and convenience features is equally long for both the cars. Over the rear bench, the Ecosport seems a little congested for obvious reasons while Terrano offers best accommodation capability for three adults. The boot space for the Ecosport equals 346-litres while the same for the Terrano stands at 475-litres. The Terrano’s dashboard looks premium with chrome touches and it is embedded with a number of gizmos and gadgets that one can boast about. The Ecosport has some limitations in this respect; however, its Infotainment system, sporty steering, and comfortable seats gain it good scores in this respect. 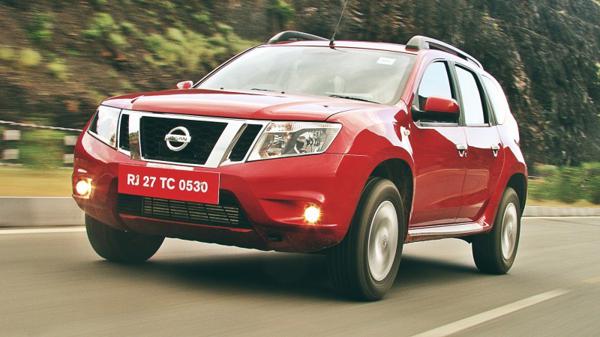 The Nissan Terrano offers the very same engine line-up that empowered Renault Duster. The diesel version of this SUV gets powered by 1.5-litre diesel engine while the petrol trim abstracts energy froma 1.5-litre petrol engine. Ford EcoSport, on the other hand, gains power from three power mills: a 1.5-litre petrol, 1.5-litre turbo diesel, and 1.0-litre EcoBoost petrol engine. In terms of drivability and ride experience, it is Ford EcoSport that takes an edge in heavy traffic conditions for its small size and responsive engine. Its engines mate with manual 5-speed transmission gearbox. In terms of acceleration, however, it is Nissan Terrano that takes the lead.

Despite belonging to two completely different sub-sections of SUV genere, Ford EcoSport and Nissan Terrano both receive equal praise for their uniqueness and practicality. The target customer group of the two varies completely. One caters needs of completely urban rides who need to drive around the city roads in something muscular but compact. The Nissan Terrano, on the other hand, is a completely off-road vehicle that gives best response over highways and off-road terrains. In terms of comfort and convenience, both satisfy the parameters fixed for their respective price ranges. The Nissan Terrano’s present price range goes from Rs.9.52 lakhs to Rs.12.30 lakhs while the same for The Ford EcoSport extends from Rs.6.75 lakhs to Rs.10.19 lakhs.