It was a surprise when Toyota pulled off wraps from Etios Cross as no one would have imagined such an attempt from the Japanese car maker. The crossover segment which was first touched by Skoda with the Fabia Scout in India didn’t receive great response but the same didn’t discourage Toyota from venturing into it. The Etios Cross is completely based on the hatchback without any mentionable changes except for the faux macho claddings which the company claims to be of use while dodging uneasy terrains as the external body remains safe. It was Fiat who launched the Avventura and showed a real crossover with many additions and features separating it from the production hatch. Let’s take a look at both these offerings.

The Fiat Avventura gets the quintessential for crossover side plastic claddings with Avventura embossed on the front doors, way better than just mere vinyl as seen on the Cross Polo. The dull grey finished roof rails are more than aesthetics as they form hook points for mounting a Bike (Cycle), kayak and anything else. Making it more off-road capable are those 205/55 R16 tyres with solid alloys which come standard on all variants. 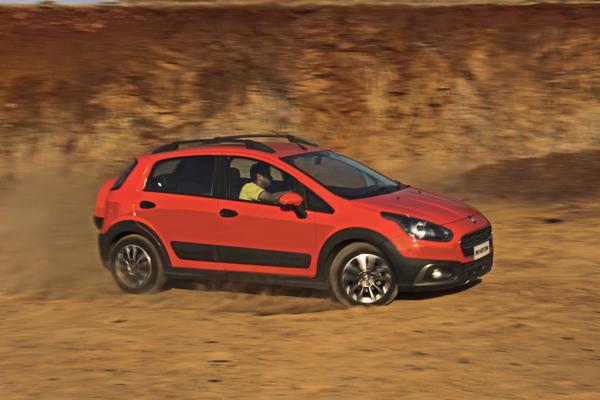 Keeping the upper half same, the Etios Cross gets a massive bull bar style radiator grille. This grille is basically made of reinforced plastic but then it doesn’t feel as strong as a protection bar. The angry face looks inspired from the company’s international line of SUVs. The lower section of the bumper gets a contrasting bash plate. One interesting bit of the front face is the fog lamp positioning with vertically stacked indicators which is interesting.

The Avventura feels more practical with Enough space on the front door pockets to hold a litre class liquid container. Instead of cup holders, it gets intermittent recess sections on the central console which can hold parking tickets, wallet etc. The rear door trims get a narrow storage pocket. The boot space has got an extension with the help on an excluded rear spare wheel which stands generous at 300mm.

The Etios Cross gets bare basic features. It gets a 2 DIN music system with Bluetooth and Aux-in. Music playback quality is average. Pairing devices with the system is fairly easy. The entertainment system is easy to use. We did face some operational issues with the system after pairing our phone and playing music via Bluetooth. The volume function once set could not be changed unless you change the mode and then switch back to BT audio. It is only the top variant which gets steering mounted controls along with rear wipers and defogger. 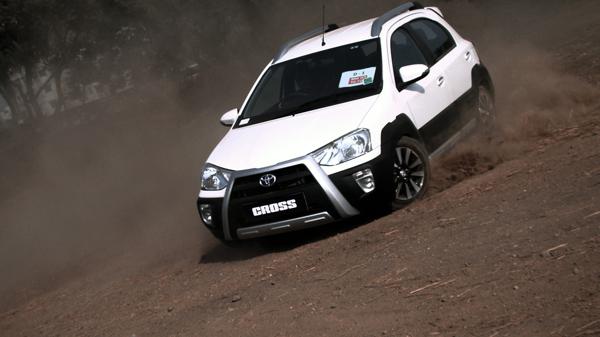 If you are seeking for a real time hatched crossover which can make those long commutes easy, the Fiat Avventura is the right car for you while the Etios Cross gives more reasons to choose it over the standard hatchback with fancy claddings.