The Chevrolet Trailblazer, a SUV from Chevrolet, was launched in India in Oct, 2015. Chevrolet Trailblazer has been discontinued in 2018. We are showing the last known price for Trailblazer.

In an attempt to tap the growing SUV market, General Motors (GM) India is all set to launch the all-new Chevrolet Trailblazer on October 21, 2015. Unveiled at the 2014 Auto Expo, the Chevrolet Trailblazer is based on the ladder frame chassis, and gets a 200bhp, 2.8-litre diesel powertrain. It’s one of the most practical and bigger cars in its league. With huge body-built and strong off-road capabilities, the Trailblazer will certainly appeal the target buyers and enthusiasts. The company will import the vehicle from Thailand via CBU (completely built up) route.

The Trailblazer features bold and masculine stances, and offers a commanding road presence. On the front fascia, it gets conventional Chevrolet dual port grille, prominent bumper and large projector headlamps. The SUV sits on GM’s ladder frame chassis, and rides on large 18-inches wheels wrapped with 265/60 R18 tyres. Other design elements include LED brake lights with jewel effect, rear windscreen, etc. It gets a mounted spare wheel under the boot. In terms of dimensions, the SUV measures 4,866 in length and 1,902mm in width and 1,834mm in height that makes it longer and slightly taller than the Toyota Fortuner.  It offers the best-in-class ground clearance of 241mm.

The dual-tone beige and black interior of the SUV feels very spacious and airy. It isn’t the most premium and attractive cabin in its league, but a decent one. There is a slightly small instrument cluster with Camaro-inspired twin-pod layout and a MID in the middle. It also gets a three-spoke steering wheel with mounted audio and cruise control, a large seven-inch touchscreen infotainment system with SmartLink, rear parking camera display, climate control system and several other comfort and connectivity features. The SUV comes with a seven-seat configuration, and leather seat upholstery. The driver seat gets a six-way power adjustment system. With a wheelbase of 2,845mm, it offers ample legroom and headroom for second and last row passengers.

The Chevrolet Trailblazer is powered by a 2.8-litre, four-cylinder diesel engine that puts out a maximum power of 200bhp at 3,600rpm, while yielding a peak torque of 500Nm at 2,000rpm. This engine is paired to a six-speed automatic transmission, coupled with RWD (rear-wheel drive) system.

The refinement levels of the SUV’s 2.8-litre Duramax engine are better than most of its rivals. It’s quick and quiet. Though, it gets a bit noisy at high speeds. The automatic gearbox is well-tuned, and shifts smoothly. The vehicle remains composed even on uneven roads, thanks to its stiffer suspension. The high speed stability is quite impressive, and body roll isn’t an issue.

The 2776 cc Diesel - powered variant delivers a fuel economy of 8 kmpl in city and 11 kmpl on highways.

The Chevrolet Trailblazer is a proper off-road SUV with aggressive styling, generous cabin space and efficient engine. It has a commanding road presence, and drives swiftly on urban roads. Though, it doesn’t offer four-wheel drive and manual gearbox options.

Find a list of all 1 diesel versions of Chevrolet Trailblazer. This table includes on-road price which covers all costs like RTO and Insurance.

Note: ALL Chevrolet Trailblazer LTZ AT have been discontinued. 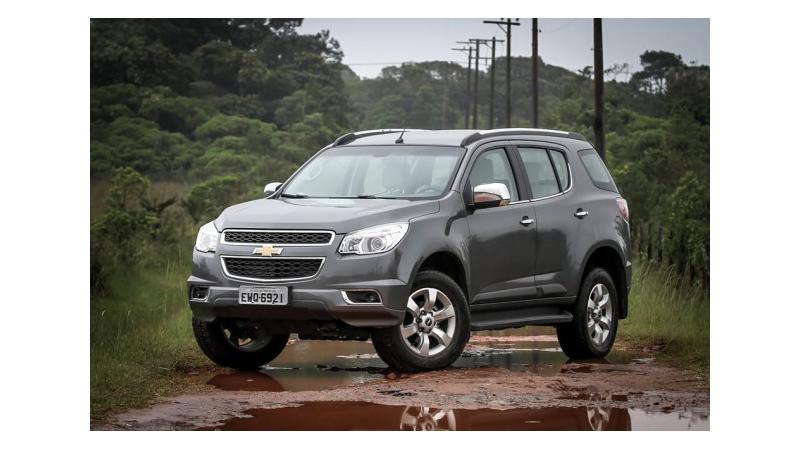 Despite stopping sales of new cars in India, Chevrolet continues to extend its after-sales service. The carmaker has scheduled a nationwide service camp this weekend. Chevrolet India schedules 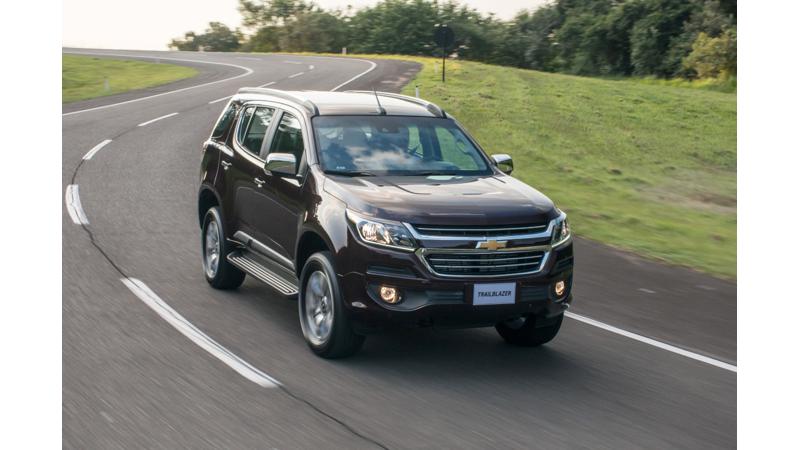 Chevrolet has officially taken the covers off the 2016 Trailblazer facelift. This substantially upgraded version of the luxury SUV was earlier shown as a near-production concept at the Bangkok 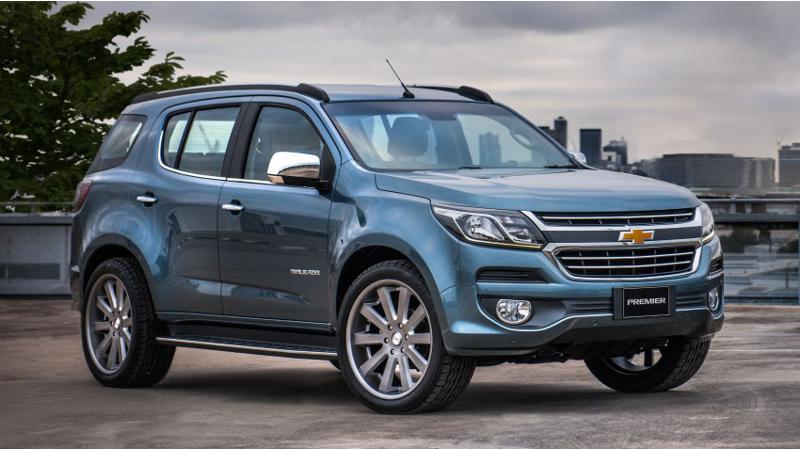 Chevrolet has showcased a high-end version of its Trailblazer SUV and has dubbed it the Premier. It gets a host of cosmetic updates both inside and outside. Externally, the Trailblazer gets a

The American car maker Chevrolet, has reduced the price of its premium SUV, the Trailblazer. The price cut makes the car affordable by Rs 3.19 lakh. Priced at Rs 28.09 lakh previously, after the

Chevrolet Brazil has recalled its SUV, the Trailblazer, for problems related to the curtain airbag. Chevy added that the units involved were 2013 to 2016 models. Chevrolet Brazil