Launched around the time of the Auto Expo 2016, held earlier in the year, the Volkswagen Ameo is the company’s first foray into the cutthroat world of compact sedans. While the rest of the competition has had quite a bit of a head-start, the Ameo does bring quite a few new tricks to the game. 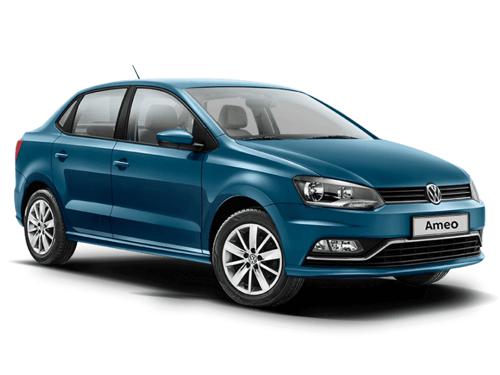 1. Among the things to know about the Ameo, is that it is the first such sub-compact sedan in the German marque’s vaunted line-up.

2. The Volkswagen Ameo has been designed keeping in mind the 4-metre length restrictions of the class of cars that it is going to compete in.

3. One of the must-know facts about the Volkswagen Ameo is that it will be the first car in its class to offer cruise control thus bringing a higher-segment feature that’s never been offered before.

4. While the Ameo featured just a 1.2 litre petrol MPi 3 cylinder mill under the hood at launch, it is expected to get the quad-cylinder, 1.5 litre diesel engine.

5. In terms of exterior styling, the boot design, like many of its competitors, does appear to be a bit abrupt, thanks to the length restrictions. Also, while the styling isn’t the most cutting edge of all, it does have a ‘long-lasting’ appeal to it.

6. The doors may close with a mite less of that trademark VW thunk, but the Ameo appears to be as solidly built as is expected from the manufacturer.

7. One of the things to know about the Ameo is that when viewed straight-on from the rear, it does bear striking resemblance to the family styling DNA of Skoda – the sister brand, than the parent VW itself.

8. The cabin quality & layout lives up to the high standard as is expected of the VW marque and the flat-bottomed steering wheel on the launch car, offered just that right hint of sportiness to the interior.

9. Leg-room for rear seat passengers in the Ameo is better when compared to the Polo hatchback, but still falls short on what the competition is offering.

10. Among the must-know facts about the Volkswagen Ameo is that it will be the first car in the segment to offer a 7-speed DSG automatic transmission, which is a highly advanced alternative to the cruder AMT’s that the competition offers on their cars.

With the company having opened bookings from customers, it will remain to be seen whether the market continues to prefer the value card, or will it have swung in favour of the much vaunted German marque’s latest product.