Hyundai has come a long way in the past decade or so. Gone are the days when their cars were sold purely on the back of the fact that they were the most cost-effective option. The Korean manufacturer has played it for the long term and systematically gone about upping the game in every possible way. Today, Hyundai cars dominate several segments, especially in developing markets, where they have an aspirational value that other, well established players envy the manufacturer for. 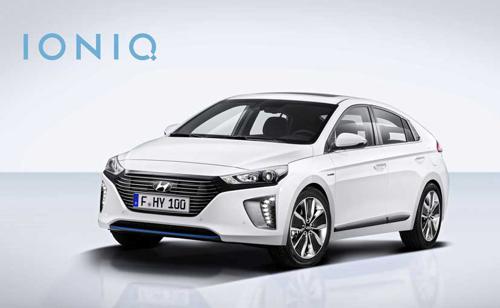 The Hyundai Ioniq hybrid is a prime example of the Korean manufacturer’s penchant for taking the fight to the dominant players & slowly keeling them over, with a well-thought out product-strategy in place. Alternate fuel vehicles, especially the ones with power plants that work in tandem with conventional fuel ones have long been considered to be the best bet in sustainable motoring. So it was no surprise then to see Hyundai announce their plans to become a serious player in this top-growth segment.

As is in keeping with the Hyundai cars promise of being at the leading edge in innovation, the Ioniq has achieved the highest thermal efficiency of over 40%. It even bests the 25-30% thermal efficiency figure of the formula racing cars that represent the pinnacle of performance racing. The company has left no stone unturned in its quest to maximize the efficiency gains from every aspect of the car. From energy efficient tires with lower rolling resistance, to a specially designed climate controlled system that minimizes the load on the powertrain, Hyundai has thought it all. The Korean manufacturer has even gone to the lengths of developing a specialized system for the car. It takes the preferred route of the driver and combines it with traffic data assistance, to map out the best utilization of energy through optimized charging and minimal usage of the petrol engine.

The Hyundai Ioniq hybrid has been launched in three different flavours. The most critical one being the hybrid variant. It comes with a 1.6 litre gasoline engine from the ‘Kappa’ engine family. It comes paired with an electric motor, that gives the car a 36 Bhp boost, and a combined 190+ Nm torque rating. Top speed is claimed to be in the 185 km/h region. More importantly, it features a low CO2 emissions rating of a scant 79 grams per kilometre.

How Does A Car Carburetor Work?