The Mercedes E-Class is considered to be among the top-ranked luxury executive sedans in the world. The success it has tasted in practically every market that it is sold in, has resulted in bumper profits for the manufacturer and remains to this day, a critical model in the company’s line-up. 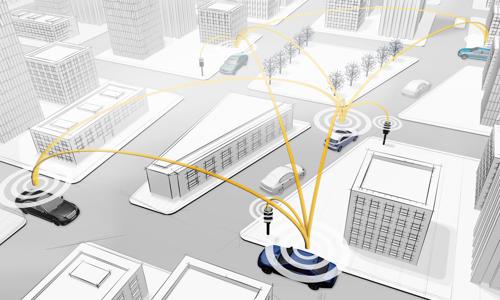 The E-Class has always considered to be a trend-setter of sorts, virtually starting the segment that it has gone on to dominate over the years. Which is why, the Detroit Motor Show had fans all-excited about the unveiling of the 2017 edition of the world’s most loved luxury executive sedan.

Mercedes have never been shy to embrace technology when it is needed and have been at the forefront of its usage to make motoring a safer experience for everyone. The Car-to-X communication system announced as a function of the new E-Class is just one such example. Touted as yet another step in the march towards self-driving cars, the cutting edge communication system is both, bold in its approach & unique in execution.

According to the engineers that designed it, it is meant to enable drivers to adjust their inputs and defuse dangerous situations on the road, thereby driving intelligently. It sounds all ‘Knight Rider-ish’ but at the core of things, it has been envisioned along the lines of an early warning system that serves to alert drivers to the various obstacles on the road.

It works through continuous exchange of information between vehicles as well as between vehicles and the surrounding traffic system. It thereby negates a key disadvantage of the conventional vehicle-sensor based technology that is currently being used - that of being restricted by the driver’s view. The system will enable Mercedes E-Class drivers to drive better through enhanced flow of information from all around the car. For example, if there’s anyone who is cutting into the adjacent lane without really realizing it. It could even serve to highlight the presence of emergency response vehicles along your intended route, so you can plan things accordingly.

The Car-to-X communication determines the position of the driver vis-a-vis the hazard and as he/she gets nearer, they are alerted via a series of audio as well as visual warning prompts, for corrective measures to be applied.

Mercedes have revealed that they envision this revolutionary communication system to be an industry-wide collaboration, for it is only then that the intended benefits shall be experienced by all.

Tips And Tricks For Servicing Your Car