Four years is a long wait, but when the spy-shots came in on the Lexus LC 500 luxury coupe, we knew it had been worth every minute. The car is essentially the production version based on the twin LF-LC Concepts that have been making the rounds since early 2011. 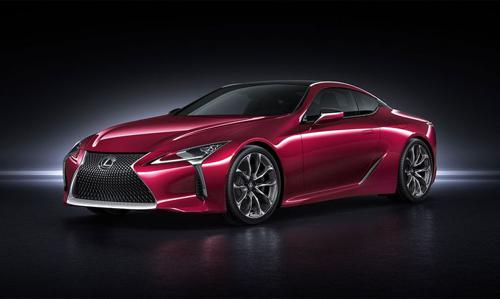 The 2+2 seating indicates a practicality that’s perhaps lost in some of the new cars that have been launched by the competition. The LC 500 has a lot going for it, with its dramatically styled exterior treatment being one of the key draws. The low, road hugging seating position is befitting its position as a flagship luxury coupe and company officials are understandably proud of their achievement.

But apart from the styling and performance prowess of the Lexus LC 500 luxury coupe, it is what lurks under the skin that’s got us most intrigued. You see, for the first time, we’ve got a cruise control that’s professing to be effective in conditions where we need it the most. So far, all the cruise control systems in the market have been designed to work on the highway. This was because of the need for a predictive environment, which would allow the electronics of the time, sufficient buffer to process the data coming in from various sensors and keeping the cars on their pre-set course.

Many new cars have been experimenting with cruise control systems that would work in urban traffic conditions. The moon-shot was to take the load off drivers at a time when they’re likely to be most stressed. The chaotic and often, unpredictable nature of the urban driving cycle has been known to exact a heavy price, one where people have been forced to pay, without respite.

The All-Speed Dynamic Radar Cruise Control (DRCC) as Lexus/Toyota terms it, is part of the advanced pre-collision system package that’s available on the Lexus LC 500 luxury coupe. It uses a high-tech version of forward sensing radar to automatically track the position of vehicles ahead of you, independently working the throttle & brakes, to match the behaviour of the drivers around you. What this means, is that the Lexus LC 500 luxury coupe, could technically handle stop-and-go traffic conditions with the cruise control mode activated. While, it is a far shot to see a LC 500 being used for the daily commute through gridlocked traffic, it is heartening to see manufacturers continue to discover and invent ways to make new cars safer. Plus, as driver-less cars continue their march towards becoming a reality, each of these safety related developments, could eventually make their way to them sometime in the future.

Why Fuel Efficient Cars Are Better For The Economy And Earth?