The 2015 Chevrolet Corvette Stingray is one of the best cars that we have seen this year. The first ever Stingray was rolled out from the post war fog in year 1953 in the Western world. During that time, this car was far behind any kind of evolution. Beneath the hood this fiberglass bodied two-door sports car carried a 6-pot power mill mated with a 2-speed automatic transmission gearbox. However, the American auto giant, Chevrolet decided to stick with it and transformed it into one of the best cars that the sports car world had ever seen. It has more than 6 decades, molding after molding, tweaks and tweaks, but the Chevrolet Corvette continues to be one of the best engineered cars with new wrapping but same genetic code. 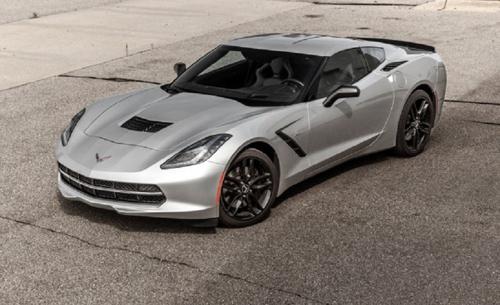 The present day Chevrolet Corvette embraces a 6.2-litres motor that pumps out 460hp against a peak torque of 465-pounds-ft. There are other cars present in market with better power outputs and bigger engines, but this engine gives it the old-school sportscar like feel.

The USP of this car lies in its connectivity with its buyers. Motor enthusiasts find it closer to them just like a living breathing part of their lives. The mileage delivered by this car stands at 29mpg over freeways. When left on standby, the Chevy Stingray keeps vibrating like a living pulse as if requesting its owner to unwind the twist in pedals and move forward.

The grip of this Chevrolet car over roads is far better than the previous versions. Power delivery is straight and the pickup is faster than ever. The steering offers quick and crisps moves which makes the ride way more fun than ever. The cabin is pretty new and updated while seats are comfortable proving Chevrolet’s prowess.

Getting To Know The BMW Laser Light Technology