Green cars in India or eco-friendly cars in India have become a headline in newspapers as their title conveys a story – ‘I am eco-friendly!’, though, the truth may not exactly be the same. It is a true fact that there are two types of people around us – one who says how good the model is, while the other mentioning cons of every car. However, the increased faith has resulted in the evolution of another random thought – Are green cars really green? 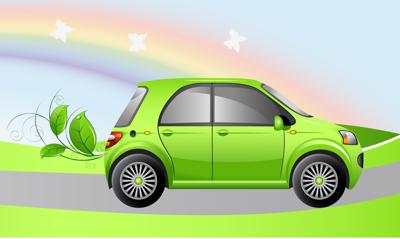 Notably, there are many reasons because of which some people say that green cars are not a suitable solution for solving the global issues. They suspect that the amount of energy and time spent for recharging the electric cars can be a bad idea. Also, it must be noted that charging of electric cars consume large amount of electricity, which is mostly generated using conservative energy sources like coal. This finally picks and leave us at the very same place where we initially were. These facts have ultimately resulted in the formation of a big question – ‘are green cars really green?’

The best answer would be ‘yes’. The reasons are quite good and scientific. Though the input power for green cars is electricity, the final effect it causes on the health of earth and ecosystem is far less than that caused by conventional cars. Also, electricity can be generated using non-conventional sources like wind, solar and hydro, but diesel and petrol powered cars don’t have much alternatives. This is what that makes the green cars a much better option.

Also, the manufacturing of these fuel efficient cars in India costs much less than as compared to that of the usual cars. Adding to this is the large number of possibilities of modifications and changes that can be brought in electric cars. After reading this piece, you can deduce that though green cars are not perfectly green but they are sufficiently close to being green.