Dharmendra, the evergreen performer, is adored by people of all age groups for his acting skills and handsome features. He has been garnering public adoration since his first appearance over silver screen in 1960. But here we are discussing about his favorite pair of wheels on which he loves to stride all over the world. His son Sunny Deol gifted him a Range Rover SUV in 2012; the legend loved the gift so much that he is often seen travelling in it wherever he goes. 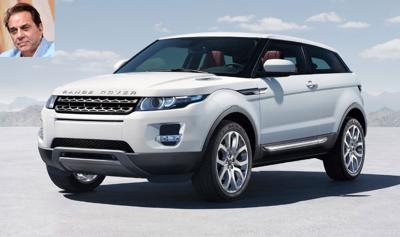 Dharmendra and his car

Land Rover is one of the most common brands as far as celebrity cars are concerned. SUVs from its stable are known for their engine specifications, built quality, supreme comfort, and luxury features. The Range Rover owned by Dharmendra is a perfect blend of sophistication and muscle. The SUV has been marked as one of the safest and most powerful off-roaders in its class. It is a sheer delight for all kind of riders whether they carry a taste for entertainment, adventure, comfort, luxury, or supreme style.

In terms of mileage, its petrol version scores 5kmpl while the diesel goes a bit further with 8kmpl. The Range Rover is loaded with 5 cameras in total that empowers its driver with a hawk eye on overall traffic. Its safety is further solidified with features like ABS, ESC, traction control, Hill Descent Control, etc. But all these luxuries come for a justified price figure, the Range Rover price goes up to Rs. 2.75 crore (ex-showroom).

How Does A Car Alternator Works?