Teslas Autopassing Technology: To Be Or Not To Be

Tesla’s autopassing technology has created a lot of buzz lately. The technology in itself is pretty straightforward, but some its applications have exposed loopholes in regulations – an alarming situation for authorities. There is no second opinion to the fact that evolution rate of new technologies in cars is way too ahead of regulation upgrades. And the fact hits harder when it is correlated with insurance industry. The major debate that entangled everyone is that who should be held responsible when a car on autopilot mode meets accident? Tesla’s technology offers a smart solution to the problem that will not only keep its autopilot system running over roads but will help owners in by-passing this issue. 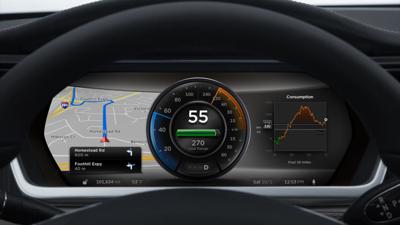 Autopilot was officially introduced by Tesla in October 2014 but many of its features are yet to come in public. The 7.0 version of software is an updated iteration of this technology which permits 90 per cent autonomous driving. The new version includes 2 major features - -auto-steering and automatic passing or autopassing technology.

The liability issue still remains unsolved because of which the application of this technology in future Tesla cars remains a complicated issue. As per The Wall Street Journal it is mandatory for drivers to switch on turn signals when auto-passing function is under action. This will help the other drivers know that situation is safe and if an accident or crash takes place, we will know who is actually responsible for mess. It will help in identifying the person responsible for crash.

Though it is yet to be confirmed that 7.0 update of this software activates all autonomous driving features or not. But as per some sources many more such updations are waiting in line. Still, the solution seems like a sigh of relief for insurance agents who wouldn’t have to run around for finding the right party for blame.