How Is Car Technology Keeping Us Safe And Secure

In the world of modern technology, the recent and latest progression is only as good as the next thing coming down the line. The Indian automobile industry is continuously bringing us newer technologies to keep us safe and secure. In-car technology has come a long way in a short time. In-car technology is being used to avoid mishaps associated with the changing of lanes and blind spots. There are reverse cameras with cross-traffic warning now available to avoid problems while reversing the car out of a parking spot. 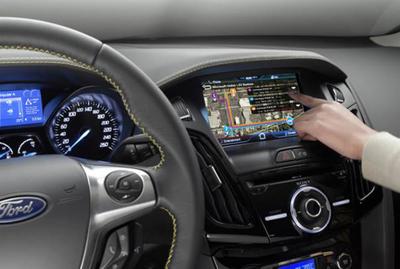 In-car technology does not only prevent collisions, but also helps as parking assistant system. These safety systems bid both audio and visual directions to alert the driver that his car is too close to nearby parked cars. Smart automobile technology in cars like voice activation is same as in modern smartphones, which is now used in car audio and travelling devices. Some of the automobile technology in cars are multi-point fuel injection, which manages to use even the last drop of fuel, and ensures that the car delivers a better mileage. Common rail direct injection offers 25 percent more power than normal direct injection engine does and gives mileage of around twenty-four kilometres to one litre of diesel.

Owing to new car technology in India, the level of safety features in cars has increased. Advancements like adjusting journey control automatically slugs the car down in traffic, and the car accelerates too and continue with its increased speed until the traffic situation changes again. Another safety feature in car is Collision Avoiding System, an autonomous braking system which gets active when the driver isn’t responding to the warning. Other safety features in cars include backup camera that generally display in rear-view mirrors, adaptive headlights and many more. Some of the new automobile technology in cars in India is the “In Car Journey Recorder”. It is the latest invention by Nikkai.

Another latest technology is Smart Pedal Technology, which is built into a car to prevent the lethal accidents. This Smart Pedal orders the engine to ignore the accelerator if the brakes and gas pedal are pushed at the same time, and another is Five Star Shine, which is a unique paint safeguard system that keeps the car clean for five years.

Get Your Car Ready For A Road Trip

How Does A Car Loan Work In India?