In the present world, technology has reached every sphere of life. Be it spending the leisure time or getting indulged in professionalism, everything has a certain dependency on technology. One such aspect of it can be seen in the automobiles of the 21st century that are equipped with features, which are known for their exclusivity. To compete with the technical miscellany present in various cars, the American software giant Apple has announced its latest creation, which will make the car and human interfacing much easier. The technology is called Apple CarPlay and it is the refurbished version of the “iOS in the Car” feature that was previously unveiled by the company. 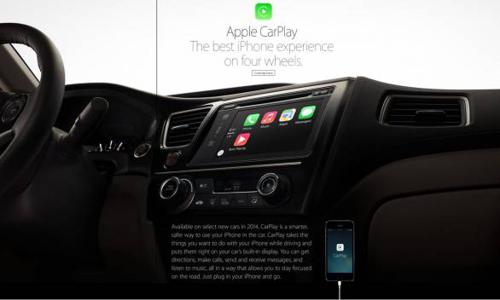 The CarPlay system will allow the driver to connect his/her iPhone with the car that will convert the in-car entertainment unit into an iOS device. This system will be an in-built feature of the automobile and is expected to arrive in cars by the end of this year. Interestingly, the CarPlay will be integrated with the features of Siri – to control the device through a voice module, Apple's satellite navigation, iTunes and iMessage. It will further allow the passengers to make or receive voice calls and download applications from the app store. After the iPhone integration with car is completed, this system could easily be operated through the touch of a console provided on the steering.

Initially, when the company proposed the scheme to launch this product, it had collaborated with the big auto giants of the globe, such as Ferrari, Mercedes-Benz and Volvo. All these aforementioned car makers will soon start shipping the CarPlay integrated vehicles to the users all over the world. Furthermore, Apple also plans to include the likes of Honda, Hyundai, Chevrolet, Ford, Land Rover, Kia, Peugeot-Citroen, Suzuki, Toyota and Nissan. It is also being believed that the upcoming BMW cars will also feature this system in near future. These new iOS cars will surely be offering enough entertainment opportunities to the occupants.

The procedure to operate CarPlay is very easy and it can be done by people of all ages. This system can be controlled by plugging the iPhone with the car via a USB port. It requires the lightning port of the iPhone, meaning that it can only be used through iPhone's model 5, 5C, 5S as well as the upcoming generation. The idea behind CarPlay is that it will apply car system with its own iOS methodology to use the iPhone's functions without even touching it. This means that in the new cars featuring this system, people will be able to browse through web, navigate through places and get connected to their loved ones with convenience. Once activated, the CarPlay could be controlled through the voice control button on steering or touch screen panel on dashboard or even through knobs and dials provided on the car's panel.

Auto experts widely believe that this technology will certainly be handy and will allow the user to explore a whole new world while just sitting in the car. It is believed that to rival the CarPlay system, Google and Windows are also gearing up with their in-car devices. Whatever the rivalry results to, one thing is sure that the new cars are going to offer oodles of oomph and fun.