These days, prospective auto buyers make use of a number of features to augment the interior and exterior looks of their cars. Such products and features are easily available at all the leading accessory store and auto boutique houses across India. While, most of these features are purely for functionality, others also contribute to the aesthetics of the vehicle. One such feature is the exhaust tip pipe, which is generally used for garnishing the outer looks of the car but also has some hidden benefits. Made up of either steel or chrome, these pipes are gradually becoming for compact hatchbacks, such as Hyundai models and Maruti Suzuki cars in India. Several models of Maruti Suzuki Swift and Ritz can be seen running on the roads with the exhaust tip pipe fitted at their back. 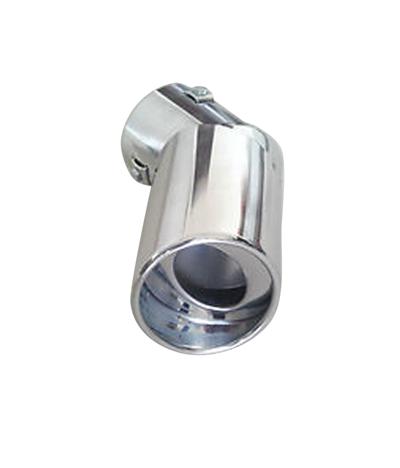 These days, it has become a cult to equip new Maruti Suzuki cars with this type of feature. As the Maruti Suzuki cars in India are mostly purchased by the youths of the society owing to its stylish looks, these owners tend to modify their vehicles in a bid to make them stand out of the line. The exhaust pipes for Maruti cars come in a variety of sizes and shapes, and generally cost between Rs. 700 – Rs. 2000. These pipes are available in shapes of round bulges, turndown tips, rolled straight mufflers, chrome dual tips, round turndown tip and square tip. These tips only have a limited lifetime but do not affect the overall performance of the car till the time they are utilised. The tips are available for new as well as used Maruti cars and can be purchased either online or through the local shops.

An exhaust tip pipe does not have any impact on the car's engine or exhaust system and is mainly for the purpose of aesthetics. However, the mid and rear-engined cars can make use of these tips largely as these vehicles have a slightly shorter exhaust system. The turndown exhausts are mainly used for heavy vehicles, as these tips allow the sound and emission to directly point down at the ground instead of blowing at any car behind. As the chrome and steel exhaust tips are water and rust-resistant, they do not wear off quickly and also protect the original exhaust system of the vehicle. Numerous buyers are equipping such tips in their old and new Maruti Suzuki cars as these are easy to install and replace.

The exhaust tip accessory is available on leading portals for all the Maruti Suzuki cars in India. One can search for discounted rates and deals for such exhausts, and enhance the looks of their cars. It must be noted that even in a longer run, these pipes do not harm the engine and performance of cars but only protect their exhaust system from rust. Several domestic and global exhaust tip manufacturers are present in India who even create these pipes with the help of carbon or titanium. People planning to buy new Maruti Suzuki cars can opt for these additional features and make their vehicle look more snazzy and flamboyant.

Tips On Driving A Car In City Traffic